A University of Kentucky student was arrested for attacking a Black student worker and repeatedly calling her racial slurs in an ugly episode that was caught on video early Sunday.

The student, 22-year-old Sophia Rosing, was arrested in a campus residence hall just before 4 a.m. on charges of public intoxication, assault, disorderly conduct and assault to a police officer, according to online booking info. A judge set her bond at $10,000.

Rosing, who is white, stumbled into the university’s Boyd Hall appearing highly intoxicated, according to the student who was working at the dormitory’s front desk.

The student worker, Kylah Spring, explained in a TikTok video that she tried to check on the woman but was instead attacked and pelted with disgusting vitriol, she said

In disturbing videos posted on social media, Rosing refused the help and instead tried to hit and attack Spring while repeatedly calling her the n-word.

“Could you stop please?” Spring asked Rosing after she tried to take a swing at her, one video shows.

“Oh Jesus lord, I do not get paid enough for this,” Spring calmly replied.

“I got this all on video,” another voice off-camera said.

Spring and another student tried to place Rosing into a seat, but she instead swung at them and kicked Spring. She then tried to push a shopping cart at them, according to additional footage.

Spring said Rosing punched her multiple times, kicked her in the stomach and bit her arm while ordering to her to do her chores.

Police eventually showed up and cuffed Rosing, but even that didn’t stop her racist tirade.

As an officer placed Rosing’s hands behind her back and handcuffed her, she said repeated the n-word in a sing-song tune.

“Hey, guess what? You’re going to jail,” the arresting officer told the vile student, who refused to provide her name.

Spring said Rosing even kicked and bit a police officer, leading to her assault to an officer charge.

The University of Kentucky condemned the assault in a statement Sunday morning.

“Early this morning, a disturbing incident was captured on video in a residence hall,” the university said. “The video is deeply offensive, and we take it very seriously.”

The school said that its Office of Student Conducting is conducting an immediate review and that its Student Success teams have reached out to the victims to offer support.

“The safety and well-being of our students is our top priority, and we will not tolerate behavior that threatens it,” the University of Kentucky said.

UK President Eli Capilouto also sent a message to the university community saying there will be a full investigation.

“The problem here is that this happens way too much on college campuses for things to not be done and we get these emails and everything about how [the university doesn’t] tolerate it, but it’s still happening,” she said. “I feel like at this point, the attention needs to be shifted from the offenders to the offended.” 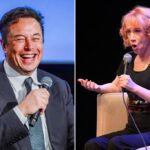 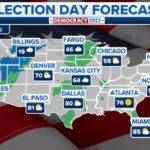 How the weather could impact Election Day 2022