A massive Denny’s restaurant sign in Kentucky toppled onto a car during high winds, crushing an elderly woman to death and injuring her husband and daughter.

The 1.3-ton breakfast chain sign fell off a pole in a Denny’s parking lot off Interstate 65 in Elizabethtown on Thursday, partially smashing the vehicle.

Lillian Curtis, 72, was sitting in the backseat at the time and suffered a “catastrophic” head wound, her granddaughter Amy Nichols told news outlets. She was taken to the University of Louisville Hospital in critical condition and later died from her injuries.

Her husband, Lloyd Curtis, was in the passenger seat and her daughter, Mary Graham, was driving. Lloyd is still recovering in the hospital while Graham has been released after she was treated for a chest injury, Nichols said.

The three were on their way home after picking up Lloyd at the hospital after he underwent heart surgery just three days earlier, Nichols wrote in a GoFundMe page she launched for the family.

Wind gusts in the area reached as high as 49 mph on Thursday, the National Weather Service in Louisville said.

A crane was brought in to remove the sign. According to the News-Enterprise, it was permitted to be as high as 80 feet off the ground.

A Denny’s spokesperson told WAVE in a statement Friday that they are aware of the incident.

“Safety is our top priority, and we are working with the authorities to better understand what led to this situation,” the chain said. “Our thoughts are with all of those involved.” 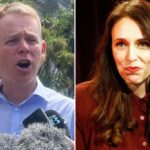 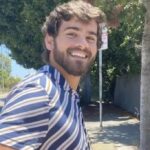