Former Playmate Holly Madison says Kendra Wilkinson and Bridget Marquardt “had it easier” in the Playboy mansion, she exclusively tells In Touch. “I had so much more responsibility on my shoulders as the main girlfriend.”

“I had to share a room with Hef. I had zero privacy, zero freedom,” the host and executive producer of ID’s Playboy Murders, which premieres on January 23, explains. “Not that they didn’t have their difficulties, they certainly did, but it would’ve been so much easier.”

While the “Girls Next Level” podcast host, 43, acknowledges the women shared a “similar experience” in “some ways,” Holly points out “a lot of ways” she lost freedoms as the Playboy founder’s main girlfriend.

“Bridget could have friends in her room — other women who lived there, other women who were Playmates — and have their little sleep overnights and have fun and go home and visit their families,” Holly recalls. “Kendra had her things she was doing, and I just didn’t have any of that freedom, so it was a lot harder.

Spending so much time with Hef, the Oregon native began to see a “darker side” to the mogul. Holly notes that there was a “double standard” between the magazine publisher, who died in September 2017 at age 91, and his girlfriends, who “were expected to be monogamous with just him.”

The Girls Next Door alum has been very candid about the realities of her relationship with Hugh since releasing her 2015 book, Down the Rabbit Hole. In recent years, she has revealed details about their first sexual encounter and more.

Holly hopes people “take away the nuances” from her bedroom stories, including that Hugh had women who did the “dirty work” for him.

“He didn’t wanna stick his neck out so to speak. So, there would be girls that would make the other girls feel comfortable and try to get them to come up into the bedroom,” the mother of two, who shares daughter Rainbow and son Forest with ex-husband Pasquale Rotella, explains. “Those women didn’t care, you know, what the new girls were feeling or what they wanted to get out of it or what their goal was. They just wanted to win favor with Hef by throwing as many women under him as possible.”

Holly is quick to note that she didn’t want to “take any responsibility away from the men” but more so expose “how they operate,” adding, “I didn’t know about any of those kind of dynamics when I went into the mansion cause nobody was talking about those kind of things.”

Death by Fame premieres on ID Monday, January 23, at 9 p.m. ET, followed by The Playboy Murders at 10 p.m. ET. Both series will stream the same day on Discovery+. 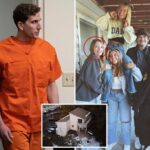 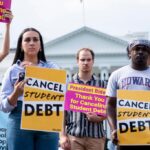