It’s over! Kendall Jenner and Devin Booker have split again after dating on-off for two years, In Touch can confirm.

People was first to report the news. Several sources told the outlet that Kendall, 27, and Devin, 26, ended their relationship in October due to their demanding jobs.

“Both have incredibly busy schedules right now with their careers and they’ve decided to make that a priority,” a source told People.

Another source added, “They have a lot of love and respect for each other and wish only the best.”

According to the outlet, the split was mutual and the exes remain on good terms.

Reps for Kendall and Devin did not immediately respond to In Touch’s request for comment.

The Kardashians star and NBA player were first romantically linked in 2020. However, they didn’t go Instagram official until Valentine’s Day in 2021.

In June, a source exclusively told Life & Style that the pair had “been apart for a week or two now.” The insider added that they were “taking space to work on their own lives at the moment.”

However, the pair went on to spark reconciliation rumors when they were spotted together on several outings.

In July, a source told Us Weekly that Kendall and Devin were seen together at a liquor store in the Hamptons, New York, just five days after they were seen hanging out on the west coast.

“Kendall and Devin were at Soho House in a small area on the second floor. I didn’t see them making out, but they looked very cozy,” a source told Life & Style of the former pair’s outing in Los Angeles at the end of June. “There were some other people in the area too. Everyone was having fun!”

Before their split in June, the pair’s last official event they attended together was her sister Kourtney Kardashian‘s May wedding to Travis Barker in Italy. Kendall and Devin appeared to be in a good place as they held hands lovingly at the major Kardashian event.

Weeks later, Devin and Kendall’s fans wondered where their relationship stood when neither of them shared any posts recognizing their two-year dating anniversary. One year prior, they each posted loving photos together to mark the occasion.

Neither Kendall nor Devin have yet to publicly acknowledge the split, though they may choose to remain quiet because they often kept their relationship out of the spotlight. 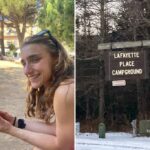 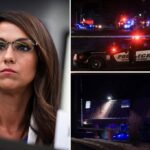