Yikes! Kathy Hilton was slammed by fans for her onstage behavior during Mariska Hargitay’s speech at the 2022 People’s Choice Awards.

“Kathy Hilton putting on lipstick while someone gives an emotional acceptance speech is disrespectful,” one Twitter user wrote on Tuesday, December 6, shortly after the annual awards show concluded. “How extraordinarily rude @KathyHilton,” another person tweeted the next day, adding, “I cannot believe I (and every other viewer) just watched you apply lipstick, blot it and SIGH in the middle of Mariska Hargitay’s @peopleschoice award acceptance speech. Doesn’t get any more self-absorbed than that. Shame on you.”

The countless social media commenters who called out the fashion designer, 63, attached a clip of her standing behind Mariska, 58, while reaching into her sparkling silver clutch to retrieve lipstick, then applying it to her lips while the Drama TV Star of 2022 award recipient thanked fans for the recognition.

“What an unbelievable honor this is,” Mariska gushed while holding her gold trophy. “I have to say I’m honored for a few reasons, but one of them is because I have such a different and special connection with my people. With my fans. It’s such a deep and intimate and personal connection because we all carry so much. Thank you for this.”

And The Drama TV Star of 2022 is…*captain* Mariska Hargitay!!! Can’t wait to see what mysteries you solve next! #PCAs pic.twitter.com/2RqYlvUFpW

The Law & Order: Special Victims Unit actress explained that she loves her award “because of the two words in it.”

“‘People,’ and that’s people from all origins, ethnicities, creeds, gender, identities, that make this whole glorious mix of all of us that is the human race,” Mariska explained. “And the second word that’s even more important is ‘Choice.’ So, I just want to celebrate our ability in all of us, the willingness in all of us, to choose kindness and compassion and courage and to choose to listen, and to learn and to build a bridge between our differences and our divides. That’s more important than ever right now.”

As Mariska concluded her gracious speech, Kathy could be seen applauding the award winner and smiling before the cameras cut.

The Real Housewives of Beverly Hills star made headlines in late October when she publicly called her costars Lisa Rinna and Erika Jayne “bullies” and accused them of fabricating drama on the show.

“Those two are desperate for a storyline, and they want to just … you know, they’ll throw anybody under the bus,” Kathy alleged in an October 21 interview with TMZ. “You watch, they’re all gonna start turning on each other.”

When asked whether she had spoken to Lisa, 59, behind the scenes, Kathy clarified she had not.

As for whether the reality TV star will return to the series, Kathy said she would “absolutely not” with the present cast.

“I feel there are two bullies that intimidate a lot of the other girls,” she continued. “A couple speak up, but most of them … they’re not being their authentic [selves].”

Upon noticing her costar’s comments, Lisa responded by sharing a message via her Instagram Stories, which read, “I’m a firm believer the truth will come out. You might as well save yourself the energy and be honest from the start.” 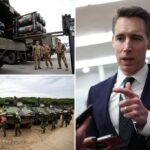 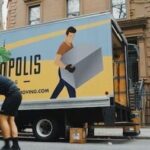 Transportation of furniture when moving – how to choose the right car –