Kathy Griffin snuck back onto Twitter by taking over her dead mom’s account — calling new owner Elon Musk an “a–hole” for joking that she’d been “suspended for impersonating a comedian.”

Griffin, 62, was suspended Sunday for challenging the site’s policy against impersonation by changing her profile name to “Elon Musk” without making clear it was parody.

“Actually, she was suspended for impersonating a comedian,” he wrote in reply to someone sharing the news.

“But if she really wants her account back, she can have it … For $8,” he said in a pair of tweets referring to his new monthly fee for users who want the blue tick verifying their accounts.

The world’s richest man also replied with a laughing emoji when another Twitter user pretending to be Griffin — clearly marked “PARODY,” as per Twitter’s rules — quipped: “This is the first time I’ve made anyone laugh.”

The real Griffin, however, was not seeing the funny side as she posted a series of angry responses to her suspension from the account of her late mom, Maggie Griffin, who died aged 99 in March 2020.

She responded to a flurry of posts about her suspension — including Musk’s joke that she’d been “suspended for impersonating a comedian.”

“I mean… you stole that joke, you a–hole. People have been posting that joke for hours, you hack,” she wrote.

“Look, please do a better job running this company. It used to mean something. This is KG btw.”

Griffin repeatedly used the hashtag #FreeKathy — just for others to reply with #pleasefreeusfromKathy.

She also came up with a series of conspiracies for why she’d been suspended, rather than her clear violation of Musk’s policy trying to rid his new buy from impersonators and bots.

“I honestly think it’s because it’s me, and because the tweets I was trying to write in his voice were pro democrats and had hashtags like #VoteBlueToProtectWomen and #voteblue and pro Beto O’Rourke,” she said, without any hint of proof.

She also suggested it might be, as another user wrote, because “suspending a female comedienne makes [Musk] feel like an important big man.”

“You nailed it. That’s what it’s really about,” Griffin insisted on her late mom’s account.

Griffin previously used her mom’s account during a previous suspension in 2019.

However, she risks getting her mom’s account suspended too because Twitter’s “ban evasion policy” clearly states that “Twitter reserves the right to also permanently suspend any other account we believe the same account holder or entity may be operating in violation of our earlier suspension, regardless of when the other account was created.”

Still, in her angry replies to users, she insisted she was doing nothing wrong.

“My wonderful mother had an account that I ran for her. She passed away, but I always kept the account. Trust me, she would be with me on this. Relax,” she wrote — throwing in another #FreeKathy. 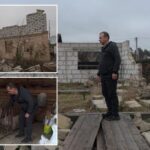 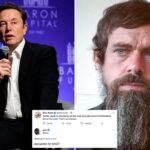