Kate did something really great.

Actress Kate Winslet donated nearly $20,000 to a Scottish mother who is struggling to pay her energy bill due to the cost of her daughter’s life support, BBC News reported.

The A-Lister contributed to a GoFundMe for Carolynne Hunter of Tillicoultry, a town in Clackmannanshire, about 40 miler northeast of Edinburgh. Hunter’s youngest daughter Freya, 12, has cerebral palsy and relies on oxygen for chronic breathing issues.

It costs a staggering $7,600 per year to run the equipment needed to provide her care and heat the family’s home, even though Hunter, 49, has turned off the heat in most rooms to save money.

“Despite campaigning publicly for the past seven months about how detrimental the increase in energy prices are,” she posted on the crowdsourcing platform, “the UK and Scottish Government have failed to acknowledge my pleas for appropriate support to be put in place to prevent a Healthcare Crisis for my family.”

The mom of four is also concerned about possible power cuts this winter because of reduced gas supply due to Russia’s war on Ukraine.

Winslet heard a story about Hunter’s hardship on BBC Scotland, and the “Titanic” star decided to lend a helping hand. She also made a call to the family to wish them well.

“When I heard about the money I just burst into tears — I thought it wasn’t even real,” Hunter said. “I’m still thinking is this real?” 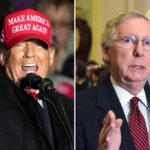 Donald Trump rips Mitch McConnell for GOP spending, but doles out less than half of his own cash 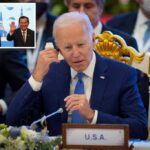 Biden thanks Colombia — not Cambodia — for hosting ASEAN