Adding to her collection. Lottie Moss debuted a brand-new face tattoo ahead of the holidays, showing off her ink in a series of TikTok videos over the course of the month of December.

“I’m on my journey to get a face tattoo, even though you’ve had a drink and you probably shouldn’t,” the OnlyFans creator, 24, sang as her tattoo artist prepped her skin in a video posted to the social media platform on December 9. The clip then showed Lottie getting the word “lover” inked below her eye, later cutting to a video of her lying in bed the morning after.

In an essay written for Glamour UK published on December 22, the influencer – who in the past has dealt with anxiety and addiction issues – opened up about her decision to get her face tattoo.

“Since rehab, I’ve been on a journey of self-discovery. I’ve spent a lot of time in Bali, surrounded by nature, reading alone or spending time with like-minded people – and learning to love myself again while finally being free from my former life,” she wrote. “That’s why I decided to get my face tattoo; the word ‘lover’ under my eye. Yes, it was impulsive, but after years of being so controlled, it was my way of expressing that I am free. I’m no longer controlled.”

Lottie also wrote about getting scouted at age 13 and being thrust into the modeling industry at such a young age, noting that it took a toll on her mental health – especially because of her famous sister, Kate Moss.

“I always felt like I was living in her shadow. When I started out, I was always just ‘Kate Moss’ sister.’ That was really hard for me growing up, especially not being that close with my sister,” she admitted, noting that she and the supermodel “don’t really have a relationship now” and that she doesn’t speak about it.

“But back then, I was bombarded with people constantly asking me about my sister – I’d go to my friends’ houses and there would be pictures of her on the walls – and it really triggered a lot of abandonment issues,” she continued. “It’s hard when you have someone ‘close’ to you doing the exact same job as you, who’s already very prominent in the industry, but not having any advice or guidance.”

The model’s face tattoo also comes amid the backlash she received after commenting on New York magazine’s “The Year of the Nepo Baby” cover, in which she was not mentioned.

“Obviously it’s not fair that people who come from famous families are getting a leg up because of that. But guess what? Life isn’t fair,” she wrote via her Twitter account, which she has since deleted after her controversial take went viral. “So instead of being negative about other people’s success go and try and create your own!” 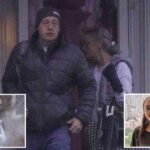 Who are Caroline Ellison’s parents? Fraudster’s parents are MIT economists 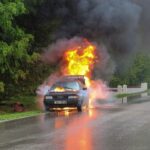 Was Your Car Accident Claim Rejected? Here’s What You Can Do