“They met on Instagram. They began messaging and immediately made a connection,” a source exclusively tells In Touch of the new romance. “They were physically attracted to each other at first, but they’ve since bonded over deeper things like Karine’s kids and the death of Josh’s dad. They went from messaging on Instagram to texting pretty quickly.”

The reality TV crossover couple first sparked romance rumors on Saturday, November 12, after the ABC alum uploaded an Instagram Reel featuring the two taking a relaxing afternoon walk, with the mom of two making a special cameo in the clip.

The source says the pair’s first in-person meeting happened nearly a week prior, as Josh took “a nice relaxing drive down to Louisville” from his home in Chicago on November 3 and ended up returning on Sunday, November 6, “to hang out with Karine a second time.”

As far as how Josh communicates with the Brazilian native, the insider says that “Karine’s English is great, she just has a heavy accent.”

“Her texting is perfect,” the source continues. “It’s not difficult at all for them to communicate. Maybe a few times a day there’s a language mix up but it’s small and solved with Google translate.”

This isn’t Josh’s first time dating a 90 Day Fiancé alum. In August 2020, he was linked to 90 Day Fiancé: Before the 90 Days season 4 star Yolanda Leak. The pair first crossed paths on the Las Vegas strip and started dating despite the 20-year age gap. The pair got engaged in October 2020, before ultimately splitting that December. Prior to that, Josh vied for Kaitlyn Bristowe’s heart on season 11 of The Bachelorette in 2015.

This marks Karine’s first public relationship since her split from her estranged husband, Paul Staehle. The TLC alums were introduced on season 1 of 90 Day Fiancé: Before the 90 Days as they documented the ups and downs of their international relationship.

Karine and Paul — who share sons Ethan, 3, Pierre, 20 months — split for good in December 2021 after an alleged domestic violence altercation happened in their home in Kentucky. Shortly after news of the altercation broke, Paul and Karine seemingly confirmed that they had split for good by removing photos of each other on Instagram.

“I hope you two had a good date today,” the dad of two wrote. “I am very happy you found someone who makes you happy.” 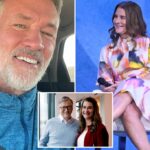 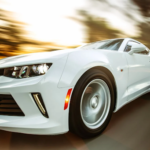 What Are the Best Headlight Brands on the Market?