Republican Kari Lake avoided being found liable for hundreds of thousands of dollars in legal fees incurred by Arizona Governor-elect Katie Hobbs and Maricopa County after a judge rejected pleas to sanction the losing gubernatorial candidate.

Arizona Superior Court Judge Peter Thompson ruled Tuesday that Lake must pay $33,000 for the expert witnesses hired by Hobbs in defense of her Nov. 8 election victory.

However, Hobbs had asked the court Monday to award her $550,210 in attorney fees, with more than $450,000 going to top Democratic lawyer Marc Elias’ law firm.

Maricopa County had sought an additional $25,050 to cover its attorneys’ fees in the case.

Judge Thompson wrote in denying Hobbs and Maricopa County’s motion for sanctions that although Lake didn’t provide “clear and convincing evidence” in her case, her claims “were not groundless and brought in bad faith.”

Lake, a former Phoenix TV news anchor, has refused to concede the race despite receiving about 17,000 fewer votes than Hobbs.

“Enough really is enough,” Maricopa County attorneys argued Monday in their sanctions filing. “It is past time to end unfounded attacks on elections and unwarranted accusations against elections officials. This matter was brought without any legitimate justification, let alone a substantial one.”

Lake, who was endorsed by former President Donald Trump, and supports his claims of fraud in the 2020 presidential election, has vowed to take her case against Hobbs and Arizona all the way to the Supreme Court. 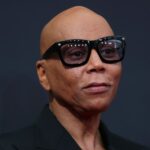