Kanye West has fired back at Adidas after the sportswear giant severed ties with him — as he poked fun at the growing list of companies dumping him over his anti-Semitic hate speech.

The rapper now known as Ye resumed posting to his 18.3 million followers late Wednesday, starting with a snipe at Adidas, the company behind his hip Yeezy shoes that finally cut ties Tuesday.

He shared a screenshot of a text with his former lawyer telling him to inform Adidas that “you can start to make new designs for footwear, apparel and accessories immediately.”

It was marked in Ye’s contacts as being from “Quinn Emmanuel,” seemingly referring to the law firm Quinn Emanuel Urquhart & Sullivan.

He then told the attorney that he owns “the Yeezy name and all trademarks associated” with it.

The rapper also shared a crude joke seemingly aimed at his ongoing ostracization and the financial losses that ended his billionaire status.

“I haven’t got super model pu**y in over a month … Please send help,” he wrote in the post, which had already been deleted by Thursday morning.

He followed it with yet another joke at those who have dumped him over his ongoing anti-semitic outbursts, which started with a threat to go “death con 3 on JEWISH PEOPLE.”

He shared a meme early Thursday claiming to be a news article reporting that “Ye has reportedly cut ties with Kanye West.”

“Had to cut ties bro,” he said, a clear knock on those who have dropped him, including major corporations, lawyers and talent agents.

Conservative commentator Candace Owens — who helped Ye model his “White Lives Matter” T-shirts at the start of his troubles earlier this month — was among those commenting, replying with a stream of 11 emojis of someone crying with laughter.

Ye later addressed a post directly to Endeavor CEO Ari Emanuel, the Hollywood power broker who openly called for those doing business with Ye to cut ties to stop “giving his misguided hate an audience.”

“Ari Emmanuel [sic],” he started the message, misspelling his surname.

“I lost 2 billion dollars in one day. And I’m still alive,” the rapper wrote of his huge financial hit from Adidas ending its partnership.

“I still love you. God still loves you,” he wrote, calling it “love speech” despite his insistence on standing behind the anti-Semitic outbursts that sparked his downfall.

Those messages had also led to his now-over ban on Instagram.

Ironically, the text he shared in his first message back appeared to be from a lawyer who was among those who distanced themselves from him.

Alex Spiro, a partner from the law firm Quinn Emanuel Urquhart & Sullivan, insisted that although Ye “asked me to be his attorney” the “representation never formalized.”

“I do not represent Mr. West,” insisted Spiro, whose clients include Elon Musk.

Adidas finally dropped Ye on Tuesday, days after he had bragged: “I can say anti-Semitic things, and Adidas can’t drop me. Now what?”

Other companies also have announced they were cutting ties with Ye, including Foot Locker, Gap, TJ Maxx, JPMorgan Chase bank and Vogue magazine. An MRC documentary about him was also scrapped.

Reps for Ye did not immediately respond to requests for comment. 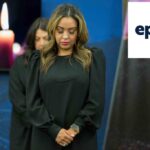 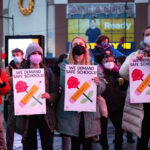 Rufo: We must destory and imprison Union teachers