The video, in which West says Yiannopoulos is working on his campaign, comes as the rapper’s Twitter account was restored after he was banned from the app in the wake of vile, anti-Semitic remarks he made last month.

“This is Milo right here, working on the campaign,” West, 45, said in the video posted by “PatriotTakes” Twitter account.

“Is that an announcement?” one of the men asks as they both laugh.

“I guess it is,” Yiannopoulos — who most recently worked as an unpaid intern for right-wing firebrand Rep. Marjorie Taylor Greene — replied chuckling. “Thanks, I accept.”

The cameraman then asked West, “So you are running?”

“Yes,” Ye answered with a laugh. “It’s simple ’cause ain’t nobody can tell me, you know, ‘you should say this, you shouldn’t say that,’ you know? It’s just we’re moving towards the future.”

West and Yiannopoulos have a shared experience of making horrific remarks and quickly being slammed by the public.

West, who changed his legal name to Ye, tweeted about going “death con 3 On JEWISH PEOPLE” in early October and was subsequently banned from the social media platform.

Earlier Sunday, the musician-turned-designer posted a message to his Twitter profile to see if his account was reinstated since Elon Musk took over the company.

“Testing Testing Seeing if my Twitter is unblocked,” West wrote to his nearly 32 million followers.

Musk, who bought the company for $44 billion, said last month that West’s account was restored before the acquisition and he was not consulted beforehand.

The billionaire restored former President Donald Trump’s Twitter account a day earlier after polling users. Trump, who also announced a 2024 White House run, was dumped from Twitter in the aftermath of the Jan. 6, 2021 Capitol riot.

Yiannopoulos, who remains off Twitter, had largely disappeared from the public eye since 2017 when he made comments allegedly advocating for pedophilia — stating that sex between 13-year-olds and older men can be “life-affirming.”

He made headlines over the summer with the announcement of his humble, unpaid gig working for Taylor Greene. 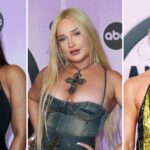 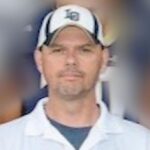