Kanye West on Thursday called Donald Trump a friend and “my boy” – as the rapper revealed he was “threatened” over his support of the former president.

“My so-called friends-slash-handlers around me told me if I said that I liked Trump that my career would be over, that my life would be over,” West, who now legally goes by the first name Ye, told Fox News’ Tucker Carlson in a wide-ranging interview.

In 2018, he wore the signature red “Make America Great Again” hat during his infamous visit with Trump at the White House.

But the songwriter and fashion designer, 45, then went on to blast politicians for using black people.

“And for politicians, all black people are worth is an approval rating,” West told Carlson, 53.

President Biden in 2020 ignited a racially charged firestorm while on the campaign trail when he claimed in an interview with Charlamagne tha God that African American voters “ain’t black” if they were still considering voting for then-President Trump.

In a statement addressing the eyebrow-raising comment, the radio host said Democrats had taken the support of black voters for granted for too long.

Still, West confessed that even his “friend” former President Trump had used him politically.

“For older white people, they’re quick to classify a black person only by the fact that we’re black. Even Trump, a person that we’d consider a friend of mine, when I went to the White House, I called him after that to get ASAP Rocky out of jail. And one of the things he said to me is, ‘Kanye, you’re my friend. When you came to the White House, my black approval rating went up 40%,’” he said.

West went on to suggest that Trump, 76, was being held back by Jared Kushner and his son-in-law’s brother Joshua, whom he described as overrated venture capitalists.

“After talking to them and really sitting with Jared and sitting with Josh and finding out other pieces of information I was like, ‘Wow, these guys might’ve really been holding Trump back and being very much a handler,’” West said on “Tucker Carlson Tonight.”

“They love to look at me or look at Trump like we’re so crazy and that they’re the businessmen,” the multiple Grammy winner said, adding that the two brothers “never brought anything of value other than so-called being a good venture capitalist.”

“I have a major issue with that and it makes me feel like they weren’t serving my boy Trump the way we could have,” the rapper said.

West also hinted at a “potential” presidential run in 2024.

During the 2020 race for the White House, he ran as a “Birthday Party” candidate. 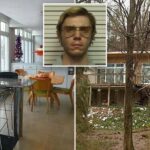 Inside Jeffrey Dahmer’s childhood home where he committed first murder 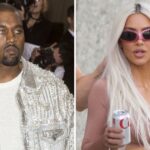