The disgraced recording artist, who goes by the name Ye, on Sunday was named 2022’s Antisemite of the Year by the group StopAntisemitism.

West, 45, notched the dubious dishonor for a relentless barrage of “threats of violence, hateful conduct and hate speech” against Jewish people, the group said in a video posted to Twitter.

The watchdog group cited West’s October post about his plan to go “def con 3” on Jews and repeated statements that he was being controlled by Jewish executives.

The backlash forced his fashion industry partners Adidas, Gap and Balenciaga to cut ties with the Yeezy designer, costing him about $2 billion “overnight,” he claimed.

Trump claimed West sandbagged him by bringing the uninvited guests and called his once-outspoken supporter a “seriously troubled man.”

Earlier this month, Ye professed his admiration for Jewish genocide mastermind Adolf Hitler in a string of outrageous alt-media interviews and shared photos of the Nazi swastika online before being banished from social media.

“Despite losing the vast majority of his fortune, being booted from social media and ostracized from his social circles, West continued spreading his antisemetism,” the group declared.

West was named Antisemite of the Year after earning more votes from the public than fellow finalists Mohamed Hadid — the father of supermodels Gigi and Bella Hadid — and Jon Minadeo II, who heads the white supremacist group the Goyim Defense League.

West, who has been hospitalized for psychotic episodes in 2016 and 2019, and publicly discussed his struggles with bipolar disorder, has won 24 Grammys and been nominated for Album of the Year 10 times.

As the once-beloved artist’s hateful rants made headlines in November, anti-Semitic hate crimes in New York City surged by 125% during the month, according to the NYPD. 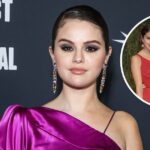 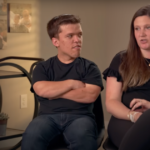 Tori Slams Zach for Not Giving Her ‘Credit’ as a Mom