Kanye West will likely have a hard time finding a new attorney in his divorce from Kim Kardashian — as a problematic client who’d already cycled through several law firms before the latest ones ditched him amid his anti-Semitic rants.

Legal experts told The Post that since West, 45, isn’t entitled to legal representation like a defendant in a criminal case would be, firms will instead weigh whether agreeing to rep the controversial rapper could damage their reputation and alienate other clients.

“Kanye’s increasingly erratic behavior, plus his recent anti-Semitism, makes him an unattractive client for most law firms who would have courted him before all of this recent hate and volatility,” lawyer Miguel Custodio said.

It’s a balancing act between taking on celebrity clients who could attract attention and new business, and saying no to those who could scare away prospective or existing clients, legal experts agreed.

“Lawyers walk a fine line,” Los Angeles entertainment attorney Tre Lovell said. “They want to represent people who are controversial and who may not be the most liked and that’s their job and everyone is entitled to justice.

“But it could also complicate things and mean other clients won’t go to that firm to retain those lawyers,” Lovell explained.

West has most recently come under fire for saying in a social media rant that he would go “death con 3 on Jewish people,” and also for wearing a t-shirt saying “White Lives Matter.“

“With these sorts of polarizing statements, it can become not about representation but the perception that you are somehow endorsing the views of the client,” Lovell said. “Taking on a controversial client like that … could mean deep hits to their bottom line.”

Lawyer Rachel Fiset added that a firm might not want to align themselves with the comments that West made because it could drive away Jewish people they represent.

“An attorney needs to do a financial analysis of who they represent,” Fiset said. “They may lose clients as a result of representing Kanye.”

West had been represented most recently in his divorce by elite divorce attorneys Bernard Clair and Bob Cohen at the prestigious New York Cohen Clair Lans Griefer Thorpe & Rottenstreich LLP — but the firm parted ways with him amid the recent controversy, Page Six reported.

The high-powered firm was the fifth to represent West, who now goes by Ye, since Kardashian filed for divorce in February 2021 — just a year and a half ago, the outlet reported.

“Given Mr. West’s obviously anti-Semitic bias, it creates a conflict for those of us who are Jewish,” Stutman said. “We cannot give him our best efforts under these circumstances and he’s certainly entitled to the best efforts of a lawyer.”

And Camille Vasquez – who gained recognition after leading Johnny Depp to a victory in his defamation case against ex-wife Amber Heard – also parted ways with West just a week after getting hired due to his anti-Semitic remarks.

Unlike in criminal cases, civil defendants are not entitled to a publicly-funded lawyer if they can’t afford to pay themselves.

“He is entitled to be represented but that is dependent upon his ability to pay for an attorney and an attorney’s agreement to represent him,” former California judge and current criminal defense attorney Halim Dhanidina told The Post.

“But everything about Kanye and the situation seems to be unique to the particular individuals involved,” Dhanidina added.

Another lawyer, Holly Davis, said that if you have a problematic client who doesn’t follow his lawyers’ legal advice then, “you may not find a person willing to represent you when you refuse to follow their counsel.”

While West will likely eventually find legal representation, “Lawyers in private practice can choose their clients as they see fit. It’s a free country,” Stutman said. 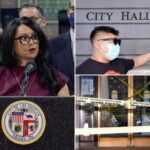 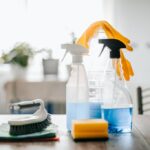