Kanye West compared the blowback from his constant stream of hate speech to the murders of George Floyd and Emmitt Till, while doubling down on anti-Semitic tropes.

The 45-year-old rapper, who now goes by Ye, told Los Angeles paparazzi Friday that his recent loss of a sneaker contract was comparable to the death of Floyd, who was asphyxiated when former Minneapolis police officer Derek Chauvin placed a knee on his neck for nearly ten minutes.

“So when I said that and I and I and I questioned the death of George Floyd, it hurt my people; it hurt the black people,” West said.

“So I wanna apologize to hurting them because right now God has shown me by what Adidas is doing and by what, by what the media is doing, I know how it feels to have a knee on my neck now.”

West had previously said Floyd wasn’t murdered and died of an overdose. While Floyd did have fentanyl in his system, Chauvin was convicted of murder, and footage of the atrocity sparked nationwide civil rights protests and riots in 2020.

The “All Falls Down” artist and fashion designer lost deals with Adidas, Gap and Balenciaga after a series of anti-Semitic comments, including a vow to go ‘death con 3’ on Jews.

The former presidential candidate, who once said that slavery was “a choice” and purportedly has a long history of admiring Nazi leader Adolph Hitler, lost about $1.5 billion in the canceled Adidas deal, reportedly sending his net worth plummeting to about $400 million.

“Thank you God for humbling me and letting me know how it really felt, because how could the richest black man ever be humbled other than to be made to not be a billionaire in front of everyone off of one comment,” he said.

West then continued to defend his “def con 3” comment and compare his financial plight to the murder of the man he had previously slandered.

A short time later, West lashed out at Roxie Washington — the mother of Floyd’s daughter — after she moved to file a $250 million defamation lawsuit against the rapper for mischaracterizing the 46-year-old’s brutal death.

“You’re being greedy,” he wrote on Instagram, before deleting the post, according to The Los Angeles Times.

Meanwhile, the rapper invoked another gruesome murder of a black man as he posted a photo of lynched Emmitt Till on Instagram Sunday attached to a rant against Hollywood agent Ari Emanuel, who had penned an editorial urging businesses to cut ties with West.

Till was murdered by racist vigilantes in Mississippi in 1955 after the 14-year-old boy visiting from Chicago allegedly flirted with a white woman.

In the rant, West appeared to use “business people” as a euphemism for Jews, putting the words in quotations and using it flippantly.

West blamed Emmanuel and other “business” people for displacing students at his shuttered Donda Academy, as well as “Economic Lynching” and “Bankrupting my Social Credit Score.”

He ended the missive with a plea to Emmanuel’s brother, former Chicago Mayor Rahm Emmanuel, in which he sarcastically called him “masa,” using a phonetic spelling of the term American slaves used to address their owners. 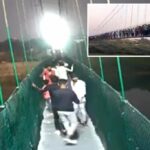 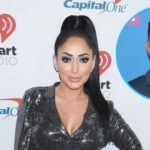