Kanye West sparred on live TV with Chris Cuomo as the host ripped his “ugly,” “demonstrably false” and “inherently antisemitic” claim that an all-controlling “Jewish underground media mafia” is out to get him.

The rapper-turned-fashion mogul sat in the back of a car for a feisty interview Monday on Cuomo’s NewsNation show in which he was challenged over earlier saying he was “going death con 3 On JEWISH PEOPLE.”

Cuomo repeatedly challenged the star, now known as Ye, as he doubled down while trying to justify his slurs.

“Every celebrity has Jewish people in their contract — this is not hate speech, this is the truth,” Ye insisted, while repeatedly claiming that as a black man he cannot be accused of anti-Semitism.

“And these people, if you say anything out of the line with the agenda, then your career could be over,” Ye claimed.

“They canceled my four SoFi stadium shows [in Los Angeles], they had the press … immediate disrespect me [and] keep the crazy narrative going,” Ye claimed while constantly complaining about Cuomo’s retorts.

“They never call me a billionaire,” he griped. “Hey, tycoon, billionaire, visionary, inventor — these are never used,” he said.

He singled out the New York Times for only referring to him as “thug rapper,” even though a search suggests the Gray Lady has only used the term once in a review in 2006, before he was known for his other endeavors and not in a direct reference to him.

At one point, he compared his anger at Jewish business partners to women disliking men after having “one bad man” in their lives.

“There’s got to be over 10 times that I’ve been screwed or bad business has been done to me just in the two years alone,” he said, making the leap because “over 50% of the executives and CEOs in Hollywood are Jewish.”

Cuomo repeatedly fired back, telling Ye that his “ugly” thoughts “are not things you can say coming from a place of intelligence or love or anything productive.”

“So, look, there is no Jewish media cabal [or] mafia. That is a figment of either your imagination or a projection of a prejudice, OK,” the fired CNN host stressed firmly.

“You may have had bad business dealings with people — it’s about those people. It’s not about their religion or faith. And I know that you’re intelligent and understand that when you target people because of their faith, other people may do so the same.”

“They’ve been targeted before, they’ve been abused and killed because of what they believe and who they are.”

“So we don’t want to tolerate that, and you are playing into that right now whether you know that or not,” Cuomo added.

He also reminded Ye that there’s a crucial, clear difference between “saying they’re a mafia and act as ‘Jews’ in some way as opposed to being just businessmen.

“One plays to a prejudice, the other one just plays to people and an ugly business, which is what the record business is,” Cuomo stressed.

Ye insisted he was “not backing down” — and at one point childishly chanted “la-la-la-la” to stop Cuomo arguing against him.

He also insisted he was “coming from a place of love” — as well as “a place of ‘we’re not gonna be owned by the Jewish media anymore.’”

As to the accusation that he is anti-Semitic, Ye again claimed that “black people also Jew — I classify as Jew also, so I actually can’t be an antisemite. So the term is actually — it’s is not factual.”

At the end of their fiesty exchange, Cuomo suggested that Ye seems “out of control,” asking if he was taking care of himself.

Angered, Ye asked Cuomo if he had worked out that morning, to which the host replied: “No. But I took my medicine — I took my antidepressant medication that I take every day.” 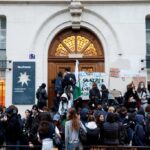 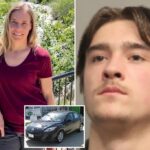