The rapper and fashion designer, 45, declared he is “pro-life” in a sit-down with Fox News’ Tucker Carlson as he wore a photograph of a baby’s ultrasound around his neck.

“It’s a photograph of a baby’s ultrasound,” West told the host about the image on a lanyard he was still wearing from Monday’s Yeezy fashion show in Paris.

“You designed that. Why? What does that mean?” Carlson pushed the “Gold Digger” rapper, who now legally goes by the first name Ye.

“I don’t care about people’s responses, but I care about the fact that there are more black babies being aborted than born in New York City at this point,” the star shot back.

“That 50% of black death in America is abortion. So I really don’t care about people’s response to that. I perform for an audience of one and that is God,” the Grammy winner added.

Non-Hispanic black women accounted for the highest percentage of abortions performed in the Big Apple in 2019 — accounting for about a third (32 percent) of total abortions, according to the latest city data available.

During West’s first political rally in July 2020, the Grammy Award winner went on an emotional anti-abortion rant after telling the crowd in South Carolina that he and his wife, Kim Kardashian, had considered terminating her pregnancy.

He said at the time that if elected president, he would fight to keep abortion legal but would strongly discourage it by offering people $1 million for every child they have.

“My dad wanted to abort me. My mom saved my life. There would have been no Kanye West, because my dad was too busy,” West added in the rally. 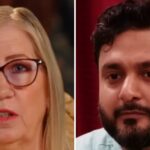 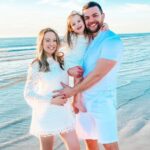