Kansas City police are seeking access to an Amazon Alexa they hope can help their investigation into the slayings of two medical researchers found dead over the weekend.

Detectives with the police department filed a search warrant in Jackson County for access to the device’s cloud storage, according to a report obtained by KSHB.

The investigators hope the Alexa contains clues as to who fatally shot researchers Camila Behrensen, 24, and Pablo Guzman-Palma, 25, before setting fire to the apartment they were found in Saturday morning.

Police believe the killer was inside the apartment with the duo for several hours, including before and after their deaths, the search warrant states.

The Alexa may have captured conversations between the killer and the victims before the shooting, the filing says.

Kansas City Police are also asking neighbors who live in the area to share surveillance footage from this weekend.

Behrensen, or Argentina, and Guzman-Palma, of Chile, were members of the Predoctoral Researcher Class at the Graduate School of the Stowers Institute for Medical Research.

“These researchers were members of our 2020 class and vibrant members of our Stowers Institute community,” Stowers said in a statement. “We want to honor and remember the joy, optimism, and exceptional work these two individuals embodied and all that they have accomplished.” 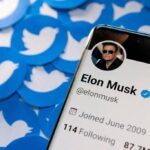 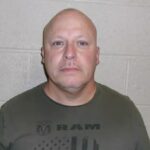