WASHINGTON — Vice President Kamala Harris complained this week about poor media coverage — during a friendly interview with a Washington Post columnist — moaning that the press doesn’t focus on what she called “the strength of my leadership.”

“There are things that I’ve done as vice president that fully demonstrate the strength of my leadership as vice president that have not received the kind of coverage that I think Dobbs did receive,” Harris told Jonathan Capehart, referring to the June 24 Supreme Court decision overturning Roe v. Wade and returning the question of abortion to the states.

“What you’ve been able to see,” the veep added, is “based on what gets covered.”

In his opinion piece, Capehart argued that contrary to conventional wisdom, Harris, 58, has “had a most excellent year” and cited three supposed “tent poles” of her 2022.

One of those, Capehart said, was Harris’ appearance at the Munich Security Conference in February just prior to Russia’s invasion of Ukraine. What he did not mention was that Harris was roundly mocked for telling reporters at that conference that Europe had enjoyed “peace and security” since the end of World War II.

That remark, as many critics pointed out, ignored the 40-year Soviet occupation of Eastern Europe, the violent breakup of Yugoslavia in the 1990s, and Russia’s invasion of Georgia in 2008 and annexation of Crimea in 2014.

Another tent pole, Capehart said, was Harris’ response to the leak in May of a draft ruling in Dobbs by Supreme Court Justice Samuel Alito. At that point, Harris said, she told her staff, “I’m getting the bleep out of DC” and spoke around the country in favor of reproductive rights.

However, after the decision actually came down, the White House was pilloried by Democratic activists and lawmakers for its lukewarm response, with one member of Congress describing it to CNN as “rudderless, aimless, and hopeless.”

In a separate interview with Vanity Fair, Harris herself suggested she was caught off guard by the Dobbs ruling, recalling that her initial reaction was to call her husband, Douglas Emhoff.

Meanwhile, Capehart joined Harris in lamenting her “rough” treatment at the hands of the media, complaining that “Stories about staff departures were routinely hyped as disarray in narratives that unfairly called into question Harris’ competence.”

That claim runs counter to a report earlier this year by NewsBusters, a conservative media watchdog group, which found that ABC, CBS and NBC under-covered the departures of 12 “major” Harris staffers between June 2021 and April 2022.

“As they exited, the number of times their names have been mentioned on the networks? ZERO,” the group wrote in its report earlier this year.

Capehart’s column, which also made no mention of Harris’ assignment to tackle the “root causes” of illegal immigration, appeared a day after excerpts from a forthcoming book were published revealing that President Biden himself has expressed frustration with Harris since taking office, reportedly calling her a “work in progress.” 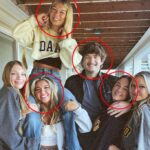 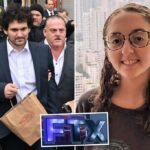