Vice President Kamala Harris was involved in a minor car crash Monday, one that was initially — and falsely — dismissed as “mechanical failure.”

Harris was heading to the White House just before 10:30 a.m. Monday when the driver of her SUV “had a minor overcorrection and struck a curb,” Secret Service spokesman Anthony Guglielmi confirmed.

The impact was hard enough that the tire needed to be replaced, bringing the VP’s motorcade to a standstill, sources told The Washington Post.

Video seemingly filmed from an overlooking high-rise showed armed guards standing around the vehicles stalled at the entrance to an underpass as Harris was transferred.

“Oh my God — it’s Kamala! It’s her, there she is — I saw her,” an incredulous-sounding woman can be heard observing.

“She was in the car that crashed — that’s f—ing insane!”

Despite the VP’s SUV crashing, it was initially described by the Secret Service as a “mechanical failure” even in an alert to senior leadership explaining the motorcade’s delay, The Washington Post’s sources said.

Guglielmi blamed it on miscommunication.

“Initial radio traffic indicated this was a mechanical failure, and that was communicated to agency leadership by personnel supporting the motorcade movement,” he told the DC paper.

“After the protective movement was completed, leadership was verbally updated with additional pertinent facts that the vehicle struck a curb.”

However, Secret Service Director Kim Cheatle confided in allies that she was disturbed by the inaccuracy of the alert, an official with the service told The Washington Post.

The vice president is also said to be questioning how such an accident can happen given the high level of training given to her drivers, the sources said.

Harris’ spokeswoman, Kirsten Allen, told the paper: “The Vice President sustained no injuries and appreciates the quick response by her [Secret Service] detail to get her to the White House safely.” 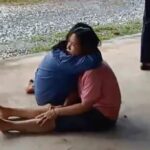 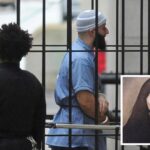