The Samoa native, 27, took to Instagram to share that he and his wife were having dinner together on Friday, December 30. In the short Instagram Story, Asuelu and Kalani clinked their glasses as they enjoyed a night out without their kids.

The 90 Day Fiancé couple’s date night follows months of rumors claiming the pair had called it quits. Kalani, 33, and Asuelu — who share sons Oliver and Kennedy — first sparked split rumors in June 2022 after the dad of two shared a lengthy message on why his wife was absent from his social media.

“[She] don’t wanna join my Live, she doesn’t want film TikTok with me. She’s different from how she used to be. She doesn’t wanna go out with me. Everything she needs I supply for her, [especially] the boys,” he wrote in the caption of an Instagram video post of an old clip of him dancing with his wife.

At the time, Asuelu added he “had a lot to say” but was “under the contract.” Two days later, the TLC alum dropped another hint — while also unveiling a major weight loss transformation.

In the clip posted on TikTok, Asuelu is seen taking out the trash in a blue button-down and khaki shorts. “When people know that I’m single,” he wrote over the video, seemingly hinting that fans would be out of breath seeing his new look — with the knowledge that he may or may not be on the market.

That same month, In Touch confirmed that the couple’s marital home in Washington, Utah, was placed for sale. The five-bedroom, four-bathroom property, which was purchased by Kalani and her father Low, was initially listed for $589,000, and the price was later reduced three times before landing on $499,999 on August 12.

While Kalani set her sights on moving to California, Asuelu surprised his followers instead by hopping on a plane to Samoa.

“Surprise my family in Samoa,” Asuelu wrote alongside a video of him landing on the island in October.

With Asuelu out of the country, during that time, the mom of two continued to hint at a breakup with her husband.

“Life looks a lot different than what I had planned,” Kalani wrote in November, alongside a compilation of photos and videos of fun outings with her two sons. “Here’s to us learning to go with the flow.”

However, after more than a month in Samoa, Asuelu reunited with his sons in a California hotel room in December 2022. While fans were curious about why the family reunion happened in what looked like a hotel room — as Kalani had settled into a brand new house in The Golden State — in a separate post, the California native’s voice can be heard asking the children, “Who is it?” as they enthusiastically open the door of their hotel room to peek outside to find their father.

Days after the initial reunion, the couple continued to spark reconciliatory rumors after posing for a holiday picture alongside their kids. 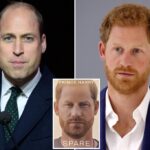 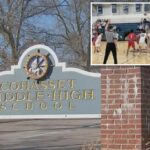