Too late now to say sorry? Justin Bieber slammed H&M for launching a self-titled collection of hoodies and other apparel without his “permission.” Keep reading to learn more about the merch drama and updates on the backlash.

What Merch Did H&M Launch?

The fast fashion retailer launched Justin Bieber hoodies that featured different artwork from his albums like Changes and Purpose. It is unknown when H&M started selling the items, however, the clothing company has previously sold Justin’s merch, dating back to 2017.

Some of the featured pieces range from a light pink pullover that has “Bieber” written in a spray paint font and a black hoodie that has “Purpose” printed in a flame font. Others showcase Justin’s album covers on the garments.

According to the website, all of the merch in the collection are out of stock and only sold online.

What Did Justin Bieber Say About the H&M Hoodies?

The Grammy award-winning singer shared his disapproval of the apparel via Instagram Stories on Monday, December 19.

“I didn’t approve any of the merch collection that they put up at H&M … all without my permission and approval SMH I WOULDN’T BUY IT IF I WERE YOU, ” the “Peaches” singer wrote, continuing, “The H&M merch they made of me is trash and I didn’t approve, don’t buy it.”

The apparel brand has yet to respond to Justin’s claims, as of publication.

Reps for the company did not immediately respond to In Touch’s request for comment.

Has Justin Bieber Worked With H&M In the Past?

The Canada native partnered with H&M in 2017 to sell his stadium merch for fans who couldn’t attend his shows.

“#stadium merch @hm September 7th,” Justin tweeted on August 23, 2017. The tweet was accompanied by photos of the merch on display with pieces ranging from hoodies and T-shirts.

The collection received a bit of backlash from fans as Justin canceled the remainder of his “Purpose” world tour due to “unforeseen circumstances.”

“Stadium merch for tour … you mean the one you canceled buddy?????” one fan responded.

“Tour is canceled and u still expect me to spend money on merch???? You’re not wrong,” a second person wrote.

Although Justin never gave fans an update on why he canceled the remainder of the tour, his team apologized to his fans in a July 2017 statement.

“Justin loves his fans and hates to disappoint them,” the statement read. “He thanks his fans for the incredible experience of the Purpose World Tour over the last 18 months.” 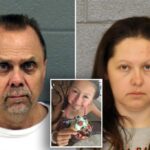 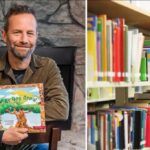