We probably never would’ve guessed that Justin Bieber would end up marrying Hailey Baldwin if you asked us six years ago, but a look back at their relationship timeline proves that these two have always been endgame. From their more than a decade-long friendship to their steamy hookups to finally getting serious and saying, “I do,” the two stars have been through a lot together and came out much stronger on the other side.

Many fans believed the Biebs would end up with Selena Gomez after watching them switch from on again to off again and back for years. But while that romance played out in the spotlight, Hailey and Justin’s love grew behind the scenes. In September 2018, they shocked fans by tying the knot in a tiny, private ceremony at a New York City courthouse. One year later, they had a more traditional wedding and reception to celebrate their love surrounded by friends and family at the Montage Palmetto Bluff in Bluffton, South Carolina. “1 year ago, we had the best wedding. Wish I could live this day over and over,” Hailey gushed on Instagram to commemorate their two-year anniversary in September 2020.

These days, the pair is “more in love than ever,” a source previously told In Touch. “If anyone doubted their relationship, seeing them thrive during quarantine should finally put those naysayers to rest. They have spent literally 200 days together,” the insider continued. The duo spent their time “cooking, ordering in, and wearing sweatpants pretty much 24/7,” and while that kind of isolation could put a strain on any relationship, it actually made theirs stronger.

“They both really rely on their faith in times of trouble, and a pandemic obviously has caused them to re-evaluate what’s important to them,” the source added. “For them, family and their marriage are always at the top of the list. They really feel so lucky to have each other through these times.” We can’t wait to see how they and their family together continue to grow!

Scroll through the gallery below to see how Justin and Hailey’s relationship developed over the years. 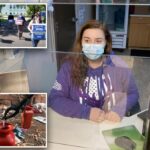 only 1% of users go to rehab 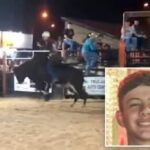