Federal investigators found and seized more classified materials during a search of President Biden’s Delaware home, some dating back to his years in the Senate, Biden’s lawyer announced Saturday.

Other classified documents were found in Biden’s think tank office in November, before the election, and more recently at Biden’s home by White House lawyers.

The President said Thursday, the day before the newest search, that he had “no regrets” about keeping the discovery of mishandled classified documents dating to his vice presidency under wraps until after last year’s midterms. 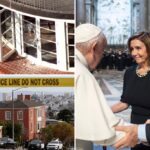 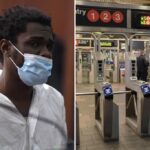