Only one in five of the more than 13,000 migrants who’ve flooded into the Big Apple since the spring — wreaking havoc on the city’s shelter system — were sent by Texas Gov. Greg Abbott.

Abbott’s office told The Post Friday they’d bused some 2,700 migrants to the city since Aug. 5, when the Republican governor expanded a program that began targeting Washington, DC, in April.

That number runs counter to Mayor Eric Adams’ repeated claims that Abbott and Republican border officials are primarily to blame for the crisis while he declines to call on President Biden to curb the open border policies that are fueling the surge.

City Hall on Friday said that about 13,600 migrants had gone through the intake process for the shelter system since May. That put Abbott’s responsibility for the influx at 19.9% of the total tally.

Abbott’s office said another busload of migrants it sent arrived in Manhattan on Monday morning but didn’t provide an updated total of passengers.

But the number of migrants Abbott bused to the city pales in comparison to the 4,230 that the Democratic mayor of El Paso, Texas, Oscar Leeser’s office confirmed Friday had been sent by his administration in an agreement with Adams.

That number accounted for more than 31% of the city’s total at the time.

On Monday, City Hall increased the total number of migrants who’ve arrived since May to more than 14,600, with 11,000 living in taxpayer-funded housing — an influx that Adams recently said was pushing the shelter system to “its breaking point.”

The city has been forced to open 39 emergency shelters so far to accommodate the crush, according to an Adams spokesperson.

Some of the migrants who’ve arrived in New York City have also told The Post that they were directed here by federal immigration officials in Texas, even though they had no local ties.

Adams, a Democrat, has repeatedly accused Abbott of fueling the surge of migrants to the city and of lying about the number of people he’s bused here.

“He’s complaining about a few thousand migrants being bused into his self-declared sanctuary city, yet was silent as President Biden flew planeloads of migrants into New York in the cover of night,” Eze said.

“Instead of complaining about over 2,700 migrants being bused into his city of over 8 million, Mayor Adams should call on President Biden to do his job and secure the border—something the president continues failing to do.”

Eze added: “And if Mayor Adams wants to see what the breaking point actually looks like, Gov. Abbott’s invitation is still open for him to visit the border and the real border crisis firsthand.”

Last week, The Post exclusively revealed that Adams has asked Biden for at least $500 million in federal funding amid across-the-board budget cuts — starting at 3% immediately and rising 4.75% for fiscal 2024 and beyond — that Hizzoner recently imposed on city agencies, including the NYPD.

In early August, migrants in San Antonio, Texas, told The Post that they hoped to travel to New York City because of its reputation for generosity.

“We’re heading there because we need more help. At the shelter here, we can only stay for three days,” Venezuelan migrant Cesar Sandoval Guerrero, 26, said.

“We heard there’s a lot of help for people like us there.”

Another migrant, who gave her name as Mary, said she asked immigration officials for advice about where to go and was told to head to New York City.

“Let me tell you, I have heard about the shelters there. Nothing like here in Texas,” she said.

“They don’t really have help here for you. They only provide a place to stay and food here, but I need a change of clothes and somewhere to stay a little longer.”

Mary said she couldn’t afford the trip because she was “robbed in the jungle in Panama on the journey here, adding, “I’m hoping I can get some help getting to New York.”
Former Republican Westchester County Executive Rob Astorino, who helped expose the Biden administration’s migrant flights, called the situation “totally insane.”

“But Adams and the other Democratic mayors are taking the easy way out by not criticizing the president of their own party,” he said.

“It’s the federal government’s responsibility to handle the border issue.”

US Rep. Nicole Malliotakis (R-Staten Island, Brooklyn) also said, “New Yorkers are struggling to get by and keep up with our city’s high cost of living.”

“To add the burden of housing and supporting thousands of migrants on their shoulders is wrong,” she said.

“The mayor needs to tell President Biden to stop the madness and reinstate order at our border.” 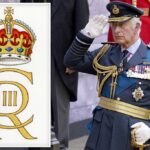 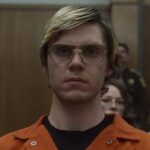