The jury in the trial of Igor Danchenko, who is accused by special counsel John Durham of lying to FBI agents about the anti-Trump Steele dossier, began deliberations in a Virginia courthouse on Monday.

During closing arguments, Durham slammed the FBI over its investigation of Donald Trump’s 2016 campaign.

“Don’t feel bad for the FBI agents,” Durham told the jury on Monday, according to the Washington Post. “There are things that they didn’t do that they quite clearly should have done.”

Durham added that the FBI “mishandled” and “failed” in its investigation of the Trump campaign, per the Washington Examiner.

“A special counsel’s investigation is dedicated to proving a crime at any cost,” Sears told the jury. “The special counsel, they started out with the presumption of crime. They read guilt into every piece of evidence they ever saw.”

Durham’s three-year-long probe of Crossfire Hurricane, the FBI’s counterintelligence investigation into the Trump campaign and its alleged ties to Russia, has so far led to a guilty plea by former FBI lawyer Kevin Clinesmith, the acquittal of former Clinton campaign lawyer Michael Sussmann and the bringing of five felony charges against Danchenko, one of which was dropped last week.

Durham claims Danchenko made false statements to FBI investigators about whether his sources for the file included Democratic operative and Clinton ally Charles Dolan Jr., and Sergei Millian, a former head of the Russian American Chamber of Commerce.

Prosecutors say phone records show no evidence of a call between Danchenko and Millian and that Danchenko had no reason to believe Millian, a Trump supporter he’d never met, was suddenly going to be willing to provide disparaging information about Trump to a stranger.

Danchenko’s lawyers maintain that their client never said he talked with Millian, but only guessed that he might have been the caller when the FBI asked him to speculate.

The defense also says it’s irrelevant that Danchenko’s phone records don’t show a call because Danchenko told the FBI from the start that the call — which took place days Danchenko reached out to Millian over email after a mutual acquaintance brokered a connection — might have taken place over a secure mobile app for which he had no records.

Danchenko pleaded not guilty to all charges and did not testify in the case. His defense team called no witnesses during the trial.

Danchenko, a Russian national and think tank analyst, provided British ex-spy Christopher Steele with the material for the now infamous anti-Trump dossier. Steele’s work on the dossier was funded by the Democratic National Committee and the Hillary Clinton campaign and has been largely discredited.

During the trial, Dolan Jr. admitted that he lied to Danchenko and made up a source for a claim that ended up in the Steele dossier. Dolan Jr. said that he told Dancheko he heard rumors about former Trump campaign manager Paul Manafort from a “GOP friend” over drinks, but in reality he was merely parroting what he gleaned from watching cable news.

Danchenko faces up to five years in prison on each of the four remaining counts. 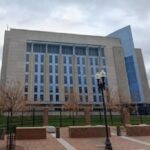 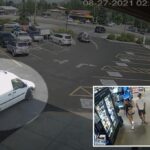