A massive sexual misconduct scandal is rocking the elite Juilliard school of music, as multiple instructors have been accused of discrimination and harassment — and one renowned professor has been put on leave after 500 people signed a letter decrying his “abuse of women and power.”

Composer Robert Beaser, 68, was sidelined for a pattern of mistreatment that included soliciting sex from students — much of which was detailed in a Dec. 12 exposé of the Upper West Side conservatory published in VAN magazine.

“Sexual discrimination and sexual harassment have no place in our school community. We take all such allegations extremely seriously,” Juilliard spokesperson Rosalie Contreras told The Post on Wednesday as news of Beaser being put on leave emerged.

In one case, Beaser allegedly offered to boost a now-former student’s career, before asking her for sex in return, the publication said.

“What will you do for me?” he allegedly said.

Beaser — who also frequently taught students in his private home — joined the Juilliard composition department in 1993, and was department chair from 1994 through 2018.

The school was reportedly made aware of allegations against him in the 1990s and again in 2017 and 2018.

Though the 2018 report coincided with Beaser being replaced as chair by Melinda Wagner, Contreras told VAN the decisions were unrelated.

“Allegations that were previously reported … in the late 1990s and in 2017/18 were investigated at the time, based on information that was provided,” she explained to The Post.

“However, in order to review new information and to better understand these past allegations, the school’s current administration launched an independent investigation on December 8.”

Per the Daily Mail, provost Andy Meyer explained to faculty in a Dec. 16 email that Beaser “will step away from his teaching duties” while an investigation is conducted.

The decision to place Beaser on leave also coincided with the publication of an open letter signed by 500 musicians, composers and other music leaders decrying his “decades-long abuse of woman and power.”

Beaser did not immediately respond to The Post’s request for a comment, though he told VAN that he would be “cooperating” with the investigation.

In addition to Beaser, the VAN piece detailed alleged misconduct by late Pulitzer Prize-winning composer and faculty member Christopher Rouse, who composer Suzanne Farrin says tried to kiss her following a dinner to discuss her audition for the doctoral program in 2001.

After she “twirled out of his arms and … ran away,” Farrin told the magazine, her Juilliard application was rejected. When she called to report the incident, an administrator insisted Rouse was a “‘big supporter’” of her music.

“They were prepared for my call,” Farrin remembered.

“It was said like a joke,” alumna Cristina Spinei told the outlet. “‘You couldn’t study with him’ or something.”

Although adjunct faculty member Samuel Adler confirmed that Corigliano did not take female students “in the beginning,” Corigliano denied the accusations to the magazine.

“It saddens me to read that you have been told by eight female students, formerly at The Juilliard School, that there was an unwritten policy by which they perceived that I favored the men over the women,” he said.

“Such a position was neither my preference nor my policy. I have taken great joy in working with many very gifted young women and men in my long teaching career.”

Corigliano did not reply to The Post’s request for a comment.

Several of the former students quoted in the VAN story felt the acknowledgment of Juilliard’s problematic culture was long overdue.

“I wouldn’t even call it an open secret. I’d just call it open,” film composer and Juilliard graduate Laura Karpman said of the sexual predation on campus. “These women feel incredibly vulnerable. If they come forward they have no protection … They have no guarantees that anyone will listen.”

Founded in 1905, Juilliard is widely regarded as one of the most elite performing arts conservatories in the world. With an esteemed alumni community of award-winning actors, musicians and dancers, composer Sarah Kirkland Snider argued the school has “outsized responsibility.”

“When you pride yourself on being the best in the country or in the world, then people look to you for their standards and expectations,” said Snider, who never attended Juilliard. “Teachers at other schools knew about it, they made references to it. It became a joke, a constant punchline.”

In her statement to The Post, Contreras said the school remained “committed to providing a safe and supportive environment for all.”

“We cannot comment further as confidentiality is paramount to the integrity of the investigation, and discussing cases could discourage individuals from coming forward with their experiences,” she concluded. 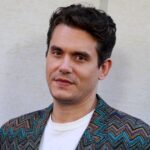 Who Are John Mayer’s Songs About? He Doesn’t ‘Write’ Exes 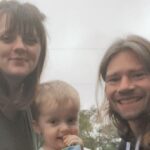 Are Bear, Raiven Still Together?