A Wisconsin judge on Tuesday told the man accused of killing six people at last year’s Waukesha Christmas parade to “stop playing games” as the suspect voiced his intent to defend himself at trial.

Darrel Brooks, 40, is facing 77 charges — including six counts of first-degree intentional homicide — for the horrific vehicular attack at the Wisconsin city’s annual parade in Nov. 2021. He’s pleaded not guilty to the charges.

“I would like to represent myself,” Brooks told Waukesha County Judge Jennifer Dorow.

Dorow asked Brooks what that means to him, to which he replied “Again, because I’ve already said it on the record, to represent myself as a sovereign citizen.”

However, Brooks said several times that he didn’t understand “the nature and cause for the charges,” WISN reported, prompting the judge to call for a recess.

He reportedly told the judge he did not understand that he is facing criminal charges in Waukesha County.

“I cannot make a finding at this point that you have an understanding of what you’re charged with in the nature of these proceedings,” she said.

The judge snapped at him to “stop playing games,” as Brooks laughed.

She read him his charges again, and he continued to repeat that he does not understand the charges and penalties he’s facing, telling Dorow “it’s a lot of numbers.”

The accused killer also insisted that he was an “alleged” defendant in the case, eliciting an irritable correction from Dorow. He also questioned why the State of Wisconsin was the plaintiff against him, while refusing to answer several other questions.

“You have demonstrated through this hearing that you don’t have a basic understanding of some of the things that are going on,” she told Brooks.

Brooks called a break and told his attorneys, who have not yet been officially discharged, that if Brooks keeps interrupting and refusing to follow directions, the hearing will end.

After the break, Dorow told Brooks he had until 9 a.m. Wednesday morning to complete a form requesting to serve as his own lawyer.

“At this point sir I cannot grant the request because I cannot make a finding that you understand what’s going on,” she said.

Last month, Brooks was escorted out of court after an outburst during a pretrial hearing.

Brooks’ trial is scheduled to begin next Monday, Oct. 3. 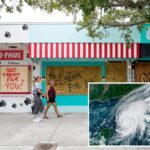 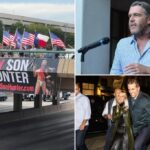