A district court judge stayed the Biden administration’s cancellation of the Trump-era “Remain in Mexico” policy on Thursday that forced thousands of asylum-seekers to wait for their immigration hearings south of the border.

In the 35-page ruling, Judge Matthew Kacsmaryk argued that the Biden administration failed to “adequately consider costs to States and their reliance interests” and that there is a “likelihood of irreparable harm in the absence of preliminary relief.”

Texas Attorney General Ken Paxton and Missouri Attorney General Eric Schmitt sued the Biden administration to keep the “Remain in Mexico” policy, officially known as the Migrant Protection Protocols, from being terminated by the Department of Homeland Security, as outlined in a 4-page memo issued by DHS Secretary Alejandro Mayorkas in October of last year.

The Migrant Protection Protocols allows for certain non-Mexican citizens who entered the US through Mexico to be sent back to Mexico while their immigration proceedings played out. Roughly 70,000 asylum-seekers have been sent to Mexico through the MPP program.

In tweets on Thursday, Paxton and Schmitt celebrated the injunction.

“I sued Biden nearly 2 yrs. ago to keep Remain-in-Mexico. The Admin played games all the way to SCOTUS, but tonight Texas & USA WINS,” Paxton wrote.

Thursday’s district court decision stays a 5-4 Supreme Court ruling from June that authorized the Biden administration to move forward with ending the program as the lawsuit against it worked its way through the courts.

In August, the Biden administration quietly began to phase out “Remain in Mexico” with DHS announcing that it would no longer enroll asylum-seekers in MPP.

Republicans, and some Democrats, in Congress have called on President Biden to do more to combat the immigration crisis on the southern border, especially with Title 42, a program that allows law enforcement to quickly remove migrants apprehended crossing the border, ending on Dec. 20 after being struck down by a judge in November.

Several House Republicans have called on Mayorkas to resign or face impeachment for his handling of the crisis.

The nearly 2.4 million crossings at the southern border recorded over the 12 months ending Sept. 30 were the highest on record. 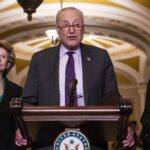 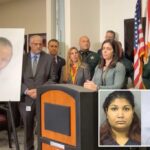