A federal judge on Friday shot down Donald Trump’s bid to dismiss a lawsuit filed against him by advice columnist E. Jean Carroll, who claims the former president sexually assaulted her in a Bergdorf Goodman dressing room more than two decades ago.

Carroll filed her suit after the New York Adult Survivors Act was passed, allowing sex abuse accusers to temporarily file claims that otherwise would be barred by the statute of limitations.

In his motion to dismiss the suit, Trump, through his attorneys, claimed the legislation was unconstitutional and violates the Due Process Clause in the New York Constitution.

Judge Lewis Kaplan, who’s presiding over the case, wrote in his opinion that Trump’s arguments are “without merit.”

“To suggest that the ASA violates the State Due Process Clause because the Legislature supposedly did not describe that injustice to the defendant’s entire satisfaction in a particular paragraph of a particular type of legislative document – itself a dubious premise – is absurd,” Kaplan wrote.

Carroll accused the former president in 2019 of raping her in a changing room of the luxury apartment store in an excerpt of her book published in New York Magazine.

Carroll claims she encountered Trump at the store sometime between the fall of 1995 and the spring of 1996 and that he asked her to help him pick out a gift for another woman who wasn’t at the store at the time.

Trump closed the door of a dressing room, pushed Carroll against a wall and forcibly raped her for a number of minutes, she claims in the suit.

After she went public with the allegation, Trump made a number of public statements about the story, calling it a “hoax” and “lie.”

“While we are disappointed with the Court’s decision, we intend to immediately appeal the order and continue to advocate for our client’s constitutionally protected rights,” Trump’s lawyer Alina Habba said in a statement. 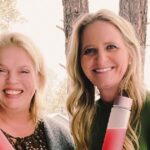 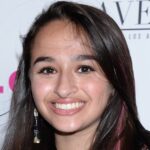