A judge has thrown out one of the five charges brought by special counsel John Durham against Igor Danchenko, who is accused of lying to FBI agents about the anti-Trump Steele dossier.

District Judge Anthony Trenga dropped a charge related to the allegation that Danchenko lied to the FBI about speaking with Democratic operative and Clinton family ally Charles Dolan about the dossier.

The judge ruled in court on Friday, the fourth day of Danchenko’s trial, that the charge was too weak to send to the jury, Fox News reported.

Durham’s indictment argues that Danchenko “stated falsely that he had never communicated with” Dolan about allegations in the dossier, while “in truth and in fact, and as Danchenko well knew, Danchenko sourced one or more specific allegations” in the dossier anonymously to Dolan.

Judge Trenga agreed with Danchenko’s defense team that the defendant did not “literally” talk to Dolan about anything in the dossier, but that he rather communicated over email about claims that ended up in the Democrat-funded anti-Trump report.

Because the email exchange was written, it did not meet the standard definition of the word “talked,” the judge ruled.

“That the FBI wanted to obtain as much information as possible doesn’t change the meaning of the words used,” Trenga said on Friday, according to the Washington Examiner. “Here the government has not presented any evidence that Mr. Danchenko understood the word ‘talk’ to mean more than the standard accepted meaning.”

The ruling is a blow to Durham, but Danchenko is still facing four additional felony counts of lying to the FBI. Those charges are related to Danchenko’s alleged false statements about an alleged phone call in July 2016 between him and Sergei Millian, a Belarusian-American businessman, who was purportedly in touch with people connected to Donald Trump.

The trial will resume Monday with closing statements and jury deliberations. 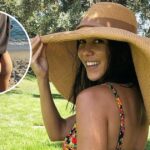 Pics Showing Off Her Curves 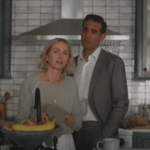 Is ‘The Watcher’ Based on a True Story? Netflix Show Explained