Ronnie Abrams, a district judge for the Southern District of New York, said in a court order on Friday that the law firm of Davis Polk and Wardwell LLP — where her husband is a partner — advised FTX in 2021.

The firm represented parties that may be adverse to FTX and to Bankman-Fried in other proceedings or potential proceedings, Abrams wrote.

“My husband has had no involvement in any of these representations,” she wrote in the filing. “These matters are confidential and their substance is unknown to the Court. Nonetheless, to avoid and possible conflict, or the appearance of one, the Court hereby recuses itself from this action.”

Before she was appointed by President Barack Obama in 2012, Abrams also worked at Davis Polk & Wardwell where she oversaw its pro bono program, according to The Times. From 1998 to 2008, she was a prosecutor with the US attorney’s office in the Southern District of New York.

Bankman-Fried, who is currently under house arrest while out on a record-breaking $250 million bond, is accused of illegally using investors’ money to buy real estate, fund his trading firm Alameda Research and make political donations that led to FTX’s sudden collapse last month.

He faces charges of wire fraud, securities fraud, conspiracy, money laundering and campaign finance violations that could put him behind bars for 115 years. 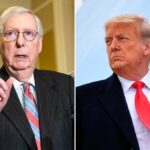 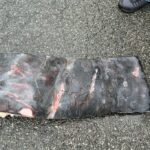 Chunks of sperm whale found in Queens after storm surge