A federal judge agreed “WITH GREAT RELUCTANCE” Wednesday to give the Biden administration an extra five weeks to wrap up the Trump-era Title 42 policy, as law enforcement officials and immigration experts warned lifting the order would worsen an already chaotic situation at the US-Mexico border

After Senior US District Judge Emmet Sullivan voided the policy on Tuesday, calling it “arbitrary and capricious” and a violation of federal regulatory law, the Justice Department sought a stay until Dec. 21 to give the administration time to wind the policy down.

“This transition period is critical to ensuring that [the Department of Homeland Security] can continue to carry out its mission to secure the Nation’s borders and to conduct its border operations in an orderly fashion,” government attorneys wrote​​.​

Sullivan, an appointee of former President Bill Clinton, granted the administration’s request Wednesday to allow DHS to marshal resources and work with local and state governments and non-profit organizations during the transition so that it “can continue to carry out its mission to secure the Nation’s borders.”

But Sullivan said he granted the request “WITH GREAT RELUCTANCE,” writing out the phrase in all caps.

DHS said in a statement that it will use the five weeks for an “orderly transition to new policies at the border.”

“While the stay is in effect, DHS will continue to process individuals in accordance with the CDC’s Title 42 public health order and expel single adults and family units encountered at the Southwest Border​,” the statement said.

Sullivan noted that the American Civil Liberties Union, which filed the Title 42 suit on behalf of a group of asylum-seekers, did not object to the stay.

The Trump administration adopted Title 42 in March 2020 to allow border officials to immediately remove migrants at the onset of the COVID-19 pandemic without first hearing their claims in order to prevent the spread of the deadly virus.

Since then, the contentious policy has been used to expel more than 2.3 million migrants at the US border, according to Customs and Border Protection.

The ban was primarily used against migrants from Mexico and the Central American countries of Guatemala, Honduras and El Salvador because Mexico allowed them to remain in the country until their asylum claims could be resolved in US courts.

Last month, faced with an influx of migrants fleeing Venezuela, the Biden administration expanded Title 42 to cover them as well.

The administration also urged Mexico to take in more Venezuelans after a federal judge in Louisiana shot down its request to lift Title 42 restrictions in May of this year.

The conservative Center for Immigration Studies, reacting to Sullivan’s order, warned crossings are “about to get a whole lot worse” and predicted as many as 18,000 migrants “per day [could] pour across the Southwest border.”

​”​That would be a 173[%] increase over October’s dismal numbers, and would effectively end any hope of controlling the border. In fact, it would end the border as any sort of boundary at all​,” Andrew Arthur, a fellow at the Center, wrote on Wednesday. ​

Brandon Judd, the head of the National Border Patrol Council​,​ told The Post on Tuesday that the end of the policy could unleash an “explosion” of migrants trying to enter the US.

“All we have to do is look at the Venezuelans. Everybody that we were able to Title 42, we’ve seen a drastic drop in that population [at the border],” ​​Judd​ said.

After Sullivan’s order, the union tweeted Wednesday that a “new massive wave of illegal aliens that is going to hit our country is brought to you courtesy of the ACLU.”​​

Noting the stay, it also took a shot at the Biden administration​, saying it “was leading from behind.” 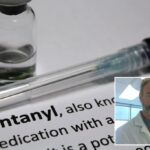 Scientists may have developed fentanyl vaccine 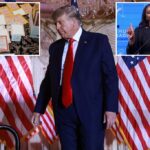