Belvin Perry Jr. was thrust into the spotlight in 2011 when it was revealed that he would be the man presiding over the Casey Anthony murder trial. The Florida native became a fan favorite as the nation watched the trial — with people even selling “Judge Perry is my homeboy” T-shirts outside the courthouse. Keep reading to find out everything we know about the judge and where the legal professional is today!

Who Is Judge Belvin Perry Jr.?

From an early age, Judge Perry was taught the importance of civil service — as his mother worked as a public school teacher. His father was one of the first two police officers to be employed by the Orlando Police Department and watched segregation collapse as a child in Florida.

He was one of the many people associated with the case and was interviewed for Investigation Discovery’s 2017 documentary, Casey Anthony: An American Murder Mystery. He came back into the spotlight when Oxygen aired their three-part special, The Case of: Caylee Anthony, to re-examine the tragic disappearance of toddler Caylee Anthony.

While the verdict was ultimately decided by a jury — who found Casey not guilty on charges of first-degree murder, aggravated child abuse and aggravated manslaughter of a child — Judge Perry was at the front lines of the whole ordeal.

In an interview with the Orlando Sentinel, Judge Perry theorized that Casey may have accidentally killed her daughter after using chloroform.

“There was a possibility that she may have utilized [chloroform] to keep the baby quiet and just used too much of it,” he said. “That’s just one of the many theories as to how this beautiful young lady tragically met her death.”

During the trial, the persecution argued that Casey drugged her daughter with chloroform and then covered Caylee’s mouth with duct tape to suffocate her. Forensics were ultimately inconclusive.

In his profile for the law firm where he works, he wrote, “Throughout my life, I have tried to give back to the community by serving. I look upon my new career at Morgan & Morgan as another opportunity to serve those in need of redress from wrongdoers and to be a voice for the voiceless.”

In a 2014 interview with a local Orlando news agency, he explained he didn’t want to be remembered as the “judge from the Casey Anthony trial.”

“If I could write what I wanted people to remember me by,” he told the publication. “It would not be the Casey Anthony case. It was just pure fate I got that case.”

In November 2022, Peacock announced that Casey is set to share her inside account regarding the death of her daughter in a 3-part limited series Casey Anthony: Where the Truth Lies.

The docuseries teases a behind-the-scenes look into the notorious case, where she will reflect on the investigation, trial and the aftermath of Caylee’s death. 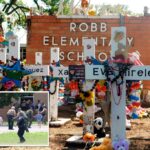 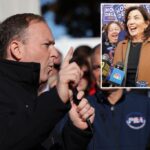