A federal judge in Pennsylvania ruled against a motion to dismiss a lawsuit filed by parents who allege their children’s first-grade teacher violated district policy, state law and the Constitution by teaching children about gender dysphoria and transgender transitioning.

The lawsuit, filed by mothers Carmilla Tatel, Stacy Dunn and Gretchen Melton in June against the Mount Lebanon School District, seeks a court order to stop the gender-related instruction at Jefferson Elementary School in Pittsburgh or to allow parents the option to opt their children out of it.

The suit also seeks a jury trial in federal court to decide compensatory and punitive damages.

The mothers allege violations of their rights to due process, equal protection and privacy under the 14th Amendment, as well as their rights to free exercise of religion and freedom of speech under the First Amendment. They assert that they have a right under the Constitution to decide what their children are exposed to in school.

The mothers alleged that first-grade teacher Megan Williams did not respect their parental rights with her “direct classroom instruction” on gender dysphoria and use of books on the subject. They claim she pushed her own agenda on students, told children their parents could be wrong about their gender, implied their parents might be lying and urged children to keep gender discussions secret from their parents.

They also allege Williams groomed one young boy in particular to believe he is transgender.

In rendering her ruling whether to dismiss, Conti was required to treat the allegations in the complaint as true and to decide if they would support the constitutional claims of the plaintiffs if they were proven.

Basing her ruling on precedent set by the U.S. Circuit Court of Appeals for the Third Circuit, Conti ruled against dismissing the parents’ claims.

The suit named not only Williams, but the district’s superintendent and school board, as well as other school officials and an elementary school principal.

“The Mt. Lebanon School District deeply values and appreciates the close partnership we have with our families and strives to be a place where every student feels welcomed, valued and respected,” district spokesperson Kristen James told Fox News Digital at the time the complaint was filed.

“The complaint filed against the district, its board and employees contains various allegations that are untrue or based on partial truths that mischaracterize events for sensational effect. The district looks forward to the opportunity to set the record straight.” 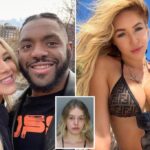 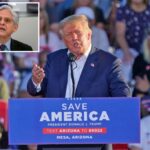