The 3-year-old Chicago boy allegedly thrown into Lake Michigan by his mentally ill aunt a week ago has died, according to authorities and his family.

“Rest easy my bubba,” his dad, Dantrell Brown, wrote alongside a montage of images on social media for his “Jedi JoJo.”

Brown said he only got to spend 3 hours at his son’s hospital bedside because he is also in another hospital awaiting a heart transplant, having been diagnosed with congestive heart failure when he was 22, just days before his son’s birth.

“If I don’t make it out we can finally have that swim together that I promised you,” he wrote in a heart-wrenching tribute to his late son.

The youngster had not been expected to survive after going into cardiac arrest in the lake during the 30 minutes it took divers to pull him out.

His aunt, Victoria Moreno, 34, has already been charged with felony attempted first-degree murder after she was allegedly caught on surveillance footage pushing the child into the water after waiting for witnesses to clear.

She allegedly stood by and watched as witnesses and then police divers desperately tried to save the youngster.

The aunt is being held without bond for what Judge Susanna Ortiz damned as an “intentionally brutal and heinous … act indicative of wanton cruelty.” It was not immediately clear if her charges had been updated after her nephew’s death.

JoJo had spent the night with his grandmother in the same suburban Des Plaines where his aunt and accused killer also lives, according to Fox 32.

She had also taken the boy and two of her nieces to the pier a week earlier — but the eldest child, age 11, called family members to pick them up, Block Club Chicago reported.

On Monday, she took little JoJo while his grandmother was getting changed and then swiped the family’s truck, despite being banned from driving because of her medications, Fox 32 said.

A mom of three who called 911 after seeing the youngster in the water “looking straight up at the sky, just terrified” immediately notified cops that Morena was “not acting right.”

“To not have been physically able to jump down and pull him out of the water is the hardest thing that I think I will ever have to live with,” Ashton King, 31, told Fox 32.

Shine had asked for her to be released on bail to get professional help, a request shut down by the judge, who called Moreno “a danger to the community — and to her specific family members and children in general.”

“The inability to control one’s thoughts and impulses makes them as equal a danger to the community as someone who may be acting with the sheer intent of committing bad acts,” Ortiz said.

The aunt is due back in court Friday, online records show. 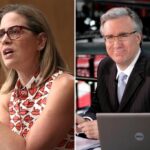 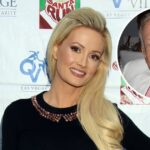