Holidays behind bars. Josh Duggar will be spending his first Thanksgiving in prison with a special menu and activities, In Touch can ​exclusively confirm.

While Josh, 34, and other inmates at FCI Seagoville in Seagoville, Texas, won’t be enjoying Thanksgiving with their families, they will still be treated to perks and a traditional turkey meal on the holiday.

According to a menu obtained by In Touch, inmates will be served fruit, bran flakes, breakfast pastries, whole wheat bread, jelly, margarine pats, sugar substitute packs and milk for breakfast.

After enjoying the hearty meal for lunch, the inmates will have to option to eat a deli sandwich, peanut butter and jelly sandwich, potato chips, dessert and fruit, whole wheat bread and a beverage for dinner.

In addition to the special Thanksgiving-themed lunch, the inmates will be able to participate in recreational activities including watching various movies and eating popcorn. The prison’s Recreation Department will also offer holiday games, including bingo, board games and card games. If the weather is nice, the inmates will be able to play in a 3-on-3 basketball tournament.

Josh was arrested in April 2021 and pleaded not guilty to receiving and possessing child pornography.

The former 19 Kids and Counting star “used the internet to download child sexual abuse material,” the U.S. Attorney’s Office in the Western District of Arkansas shared in a press release at the time. The disgraced reality star also “possessed this material, some of which depicts the sexual abuse of children under the age of 12, in May 2019.”

After being found guilty, the eldest son of Jim Bob and Michelle Duggar was sentenced to approximately 12.5 years in prison in May. However, his release date was later changed to August 12, 2032, which is slightly more than 10 years, In Touch confirmed in July.

As Josh continues to serve time in prison, his wife, Anna Duggar, has experienced a change in dynamic with his family.

“The Duggar family fully supports Anna, but it’s complicated. There are a lot of hurt feelings over what Josh did,” an insider exclusively told In Touch about how their relationship has changed since Josh’s sentencing. “She still attends family functions because her kids love their cousins, aunts and uncles, but it’s not the same for Anna.”

Anna – who shares children Mackynzie, Maryella, Marcus, Mason, Michael, Meredith and Madyson with the former TLC star – is considering a move south to be closer to the prison where Josh is serving time.

In addition to wanting to be closer to her husband, Anna, 34, is also “distancing herself from Josh’s sisters.” 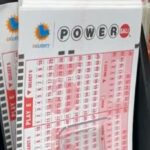 $2B Powerball glitch revealed that led to drawing delay 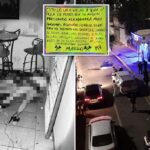 Mexican cartel attack leaves 9 dead: ‘Get the f–k out of here’