Dr. Jordan Peterson has hit back at Meghan Markle after she took a swipe at him in her podcast.

Last month, the Duchess of Sussex took a swipe at the controversial psychologist on her Spotify series Archetypes over his use of the word “crazy”.

The former Suits actress featured an audio clip of the self-help author saying: “I don’t think that men can control crazy women.”

During an interview with Piers Morgan Uncensored, Dr. Peterson was asked how he felt about appearing on the Duchess’ podcast as a “villain”.

“Her voice drips with the same falsehood that the voice of Kamala Harris drips with.” he told the Sky News host.

“It’s this sanctimonious, faux compassionate, talking down to her audience.”

While appearing to impersonate the royal, Dr. Peterson drew laughs from Morgan as he continued: “Trying to be sure that we’re all really on the same compassionate page here and we’re all being victimized by terrible forces that are arrayed against us and none of that’s really fair.”

“And I do believe that it is the case that it’s very difficult to control female anti-social behavior often of the type that’s been pilloried as hysterical and I think that there is no shortage of clinical evidence to support precisely that claim.

“It’s very difficult for women to control female anti-social behavior and females who are anti-social that feminine pattern is reputation salvaging under the guise of compassionate care and it’s extraordinarily destructive so I stand by my words.”

This is not the first time Dr. Peterson has been criticized.

Back in September, actress Olivia Wilde made comments about the psychologist.

Speaking with Interview Magazine about her latest film Don’t Worry Darling, the filmmaker explained the character Frank played by Chris Pine was based on the Canadian author.

“We based that character on this insane man, Jordan Peterson, who is this pseudo-intellectual hero to the incel community,” she told the outlet.

The star explained that incels are “disenfranchised, mostly white men who believe they are entitled to sex from women”.

“This guy Jordan Peterson is someone that legitimizes certain aspects of [the incel] movement because he’s a former professor, he’s an author, he wears a suit, so they feel like this is a real philosophy that should be taken seriously.”

Dr. Peterson broke down in tears during an interview with Piers Morgan Uncensored after discussing Wilde’s comments.

“Sure, why not. People have been after me for a long time because I have been speaking to young men, what a terrible thing to do,” Dr. Peterson replied.

It was at that point the controversial commentator broke down in tears.

“I thought the marginalized were supposed to have a voice?,” he said in tears. 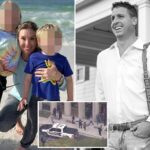 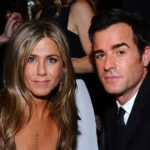