Democratic Pennsylvania Senate candidate John Fetterman struggled to speak clearly and needed a monitor with closed captioning to understand a reporter’s questions months after suffering a stroke — and two weeks before a scheduled debate with his GOP opponent, Dr. Mehmet Oz.

Fetterman granted Dasha Burns of NBC News his first sit-down interview since his May medical episode, which forced him into a months-long absence from the campaign trail.

“We had a monitor set up so that he could read my questions,” Burns told MSNBC host Katy Tur Tuesday afternoon, “because he still has lingering auditory processing issues as a result of the stroke, which means he has a hard time understanding what he’s hearing.

“Now, once he reads the question, he’s able to understand,” Burns went on. “You’ll hear he also has some problems, some challenges with speech. And I’ll say, Katy, that just in some of the small talk prior to the interview, before the closed captioning was up and running, it did seem that he had a hard time understanding our conversation.”

Many observers have questioned whether Fetterman will be able to withstand the rigors of six years in the Senate as a result of his health issues, but the commonwealth’s lieutenant governor insisted to Burns that “I don’t think it’s going to have an impact.”

“I feel like I’m gonna get better and better — every day. And by January, I’m going [to] be, you know, much better. And Dr. Oz is still going to be a fraud,” Fetterman added.

However, a video clip of the interview shows Fetterman skipped over several words, seemed to misplace words, and stuttered while speaking with Burns.

At one point, he struggled with the word “empathetic” and acknowledged the moment as an example of the stroke’s lingering damage. The Twitter account for RNC Research, which is managed by the Republican National Committee, highlighted the moment on social media.

Oz has blasted Fetterman for dodging debates and has accused him of “hiding” from voters after his stroke. The two campaigns have agreed to hold one debate on Oct. 25.

“Well, yeah, of course I’m going to show up on the 25th,” Fetterman told NBC.

It is unclear if Fetterman will require the use of closed captioning or if such a concession will be allowed.

A Real Clear Politics average of polls shows Fetterman with a 3.7 percentage point lead over Oz as of Monday. 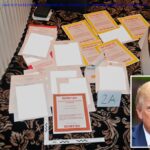 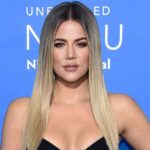