Democratic Senate candidate John Fetterman had nothing on his daily schedule for about a third of his workdays as Pennsylvania’s lieutenant governor from January 2019 to this past May, when he suffered a stroke, according to a review of his time in office.

Fetterman, who is battling Republican celebrity heart surgeon Mehmet Oz for the Keystone State’s open Senate seat, was often missing from official business — including presiding over the state Senate, according to the review by the Associated Press. ​

The analysis also showed that even on days when Fetterman was active, his typical workday only lasted about four to five hours.

Fetterman’s ability to carry out the duties of a US senator have been questioned after he was absent from the campaign trail for most of the summer while recovering from auditory and speech problems caused by the stroke.

As lieutenant governor, a position that pays $179,000 a year, Fetterman regularly attended ribbon cuttings and took part in a statewide listening tour about legalizing marijuana in 2019, but there were still 47 work days where his schedule was blank, the report said.

When the COVID-19 pandemic hit, Fetterman’s workload lightened even further.

Beginning in March 2020, the lieutenant governor’s work days involved a morning meeting on the pandemic that typically lasted 45 minutes and was sometimes followed up by interviews with reporters.

Sometimes he would attend virtual events.

Fetterman also booked national media interviews at times when he had other state business, including presiding over the state Senate or pandemic work group meetings.

Over a one-month period beginning in October 2020, the bulk of events listed on his calendar were interviews with national or Washington-based media outlets, with a few other official duties and events mixed in, the AP said.

In 2021, Fetterman’s calendars showed 115 work days with no activities or events listed — including a stretch of days from the end of June to mid-September that is largely blank.

During the first half of 2022, 70 days on his schedule had nothing listed.

His campaign didn’t explain the gaps in the schedule, and his spokesman Joe Calvello told the AP in a statement that “this report is a misleading and inaccurate reflection of John’s actual schedule that totally fails to capture the breadth of his official work and his accomplishments.”

Fetterman didn’t respond to requests for an interview, but said in a statement that he’s “shown I can have an impact beyond the prescribed power of a given office.”

“As lieutenant governor, my record of showing up and shaking up this office has transformed the Board of Pardons, saved Pennsylvania millions in taxpayer dollars, and grown support in our state for defending LGBTQIA+ rights, weed legalization, union workers, and raising the minimum wage,” it said.

His defenders say the pandemic kept him from being more active and noted that Gov. Tom Wolf did not ask him to take on a larger role.

“I believe he … would have liked to,” state Senate Minority Leader Jay Costa, D-Allegheny, told the AP. “Every time (Wolf) called on John to communicate, he did.”

Oz released a campaign ad on Twitter Thursday that mocked Fetterman for his work history.

“Freeloading Fetterman avoids paying his taxes and showing up to the job he was elected to,” Oz wrote on Twitter alongside a video of the ad.

F​etterman, 53, the former mayor of Braddock, a small town outside of Pittsburgh, has also been dogged throughout the campaign by the fact that ​he never really held a job until he was elected lieutenant governor and has lived off his parents.

A financial disclosure from Fetterman filed when he first ran for Senate showed he was paid $1,800 a year as Braddock’s mayor and lived off $54,000 given to him that year, the AP reported.

He bought his home in Braddock from his sister for $1, according to property records. ​

Post columnist Salena Zito ​wrote in August about the financial ties Fetterman has to his family. ​

“​Fetterman’s father, Karl, is a successful businessman and founder/owner of Kling Insurance in Pennsylvania. Not only did Fetterman grow up in the wealthy suburb of York, Pa., his parents financially supported him and his family for the entire 13 years he was mayor of Braddock … until he was sworn in as lieutenant governor in 2019 at the age of 49,” she wrote.

“​He lives with his wife, Gisele, and their three children, in a spacious Braddock loft that his sister purchased for $70,000 and then handed over to Fetterman for just $1.” 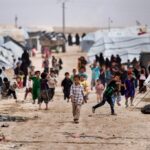 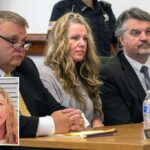