Joe and Teresa, 50, pled guilty to multiple charges of fraud in 2014, although the former couple has continuously claimed the RHONJ founding member had no involvement in the act. Teresa began her 15-month prison sentence in January 2015 and was released early that December.

“The guy would’ve probably got the same amount I got, which he would’ve been out in, you know, 17 months, ’cause he could’ve done the drug program and he’s a citizen and this and that, so he would’ve been out 16 months, 17 months,” Joe, 50, added. “But being that he went to trial, OK? They crucified him, all right? They give you double time.”

Joe, for his part, began his prison sentence in March 2016, three months after his ex-wife was released. After his March 2019 release, the businessman was deported to his homeland, Italy. The former couple split two months after his transfer.

The Chrisley Knows Best stars, on the other hand, received their prison sentences on November 21, 2022, In Touch confirmed at the time. Todd, 53, was sentenced to 12 years in prison and Julie, 49, to seven after they were found guilty of bank fraud and tax evasion.

Speaking on the USA Network couple’s legal troubles, Joe believed Todd and Julie would’ve avoided such harsh jail sentences if they had taken a plea deal.

Todd and Julie Chrisley subtly addressed their guilty verdict and future behind bars during an episode of their “Chrisley Confessions” podcast in November, revealing that they were leaning on “unconditional love.”

“The difficulties I’m going through, how I handle it — [the children] are watching, that as well,” Julie explained, referring to sons Kyle, Chase and Grayson, daughters Lindsie and Savannah and adopted granddaughter Chloe. “If I handle it right, they’re watching. If I screw up, they’re watching. For me, as a parent, I want to try to make sure that I do it right more than I do it wrong.” 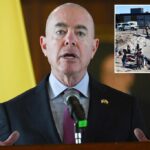 ‘No decisions’ on Title 42, border as thousands of migrants flood Texas 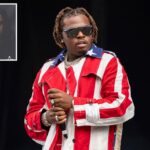