Two turkeys from a North Carolina ranch will receive a presidential pardon that will prevent the birds from ever winding up on a Thanksgiving table.

President Joe Biden will participate in the annual tradition Monday under what are expected to be sunny skies but chilly temperatures in Washington.

The National Turkey Federation is heading up the event and chose Circle S Ranch, outside of Charlotte, North Carolina, to provide the animals for the annual tradition.

The known beginnings of the White House tradition are a bit fuzzy. While the modern-day ceremony is thought to have been cemented under President George H. W. Bush, The White House Historical Association believes the beginnings of some type of ceremony possibly date back to President Abraham Lincoln in 1863.

After this year’s pardoning, the recipients will be transported back to Tar Heel State to spend the rest of their days under the care of North Carolina State University.

In addition to a stellar meteorology program, the Raleigh-based university is home to a world-ranked agriculture center that would make any bird jealous.

“NC State is home to some of the world’s top poultry and animal agriculture experts and facilities,” said John Dole, an interim dean at NC State. “We deliver excellence in teaching, research and extension to meet the industry’s needs and grow our state. The birds couldn’t be in better hands.”

Officials at NC State said it’ll be the first time its center will serve as the home to a pardoned turkey. Last year’s recipients, appropriately named “Peanut Butter” and “Jelly,” are spending their days at Indiana’s Purdue University with plenty of indoor accommodations and open fields.

The names of this year’s birds remain a well-guarded secret, but NC State officials said when they arrive at their college of agriculture and life sciences, the pair will have a 100-square-foot, climate-controlled pen to keep them comfortable.

Despite the extravagant accommodations, it won’t be all relaxation for the pair. University experts said they plan to build a biosecure mobile coop to transport the turkeys to fairs and other public events for viewing and educational purposes.

“The most important part of this whole partnership is the education component,” stated Jesse Grimes, an NC State Extension turkey specialist. “These turkeys will help us educate students and inform the public about modern farming practices, North Carolina agriculture and the importance of the poultry industry.”

North Carolina is one of more than half a dozen states that are considered to be home to large turkey producers.

According to the U.S. Department of Agriculture, the country produces more than 200 million turkeys annually and has an economic impact of more than $24 billion. 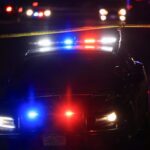 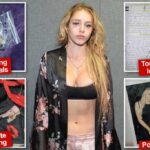