President Joe Biden apparently got brain freeze during a pit stop at an Oregon ice-cream parlor over the weekend and forgot about the millions of Americans suffering financially when asked about the economy.

“I’m not concerned about the strength of the dollar, I’m concerned about the rest of the world. Does that make sense?” the commander in chief asked reporters Saturday when questioned about worries that the US dollar’s surging strength is accelerating the rise of international inflation.

Asked to explain, Biden, 79, replied, “Our economy is strong as hell” — as he munched on a waffle cone of Baskin Robbins chocolate-chip ice cream.

The comments by Biden — who was in Oregon stumping for Democratic candidates in Portland ahead of the midterm elections — come as US inflation soars and some experts warn of a looming recession in the country.

The dollar, which is the world’s reserve currency, has soared more than 20% in the past year even as stocks, gold and cryptocurrencies are significantly down and domestic inflation reached its highest level in four decades.

The pumped-up greenback has lowered the price of US imports while fueling inflation elsewhere, rising fears of a global recession. British Prime Minister Liz Truss reversed a planned tax cut for the wealthy and fired her Treasury chief Saturday in an attempt to stimulate tanking markets as the British pound sank to a record low against the almighty buck.

“I wasn’t the only one that thought it was a mistake,” Biden told reporters of Britain’s onetime planned tax cut. “I disagree with the policy, but that’s up to Great Britain.”

Some critics on the other side of the political aisle wondered if the president’s frozen treat had gone to his brain over his economy comments.

“Yesterday, Biden called the economy “strong as hell.” According to a recent CNN poll, 78% of Americans say the economy is “poor,” tweeted Ronna Romney McDaniel, chairwoman of the Republican Party.

Others used humor to caption a photo taken during the president’s sticky messaging.

The dollar — which is used in 40% of international transactions because of its perceived stability — is often historically high during times of financial duress. It rose 22% during the Great Recession in 2008 and jumped 7% in the COVID-19 influenced stock-market crash of 2020, according to Forbes. 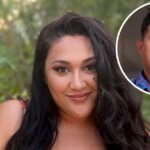