WASHINGTON — President Biden expressed frustration with Vice President Kamala Harris last year, calling her a “work in progress,” according to a new book.

Author Chris Whipple writes in “The Fight of His Life,” out Jan. 17, that Biden vented to a friend about Harris after he got word that her husband, Douglas Emhoff, was complaining about the tasks assigned to the veep, Politico reports.

Those jobs included deterring illegal immigration at the US-Mexico border and pushing Congress to pass a sweeping election reform and voting rights law.

“Biden was annoyed,” the book says. “He hadn’t asked Harris to do anything he hadn’t done as vice president — and she’d begged him for the voting rights assignment.”

The passage suggests that Biden’s outburst took place sometime after June 2021, when he publicly assigned Harris the voting rights initiative — which flopped in Congress.

That November, Biden seemed notably cool to Harris — essentially ignoring her while serving holiday meals at a DC soup kitchen — shortly after her allies anonymously slammed Biden to CNN and accused the West Wing of setting her up to fail.

Biden made Harris his migration policy czar in March 2021, likening it to his own work as vice president on the issue, but she proceeded to take heat for seeming unenthused with the role as illegal border crossings continued to soar — hitting an all-time record of nearly 2.4 million arrests in fiscal year 2022, which ended Sept. 30.

White House spokeswoman Robyn Patterson told Politico, “There will be no shortage of books written about the administration containing a wide variety of claims. We don’t plan to engage in confirmations or denials when it comes to the specifics of those claims. The author did not give us a chance to verify the materials that are attributed here.”

The now-80-year-old president selected Harris, 58, as his running mate in 2020 despite an acrimonious Democratic primary in which she blasted him for opposing federally mandated school desegregation through busing students to different districts.

“That little girl was me!” Harris, then a senator from California, told Biden during a televised June 2019 debate.

First lady Jill Biden was outraged by the attack, and reportedly told supporters after the debate that Harris should “go f–k” herself.

Whipple, the author of the new behind-the-scenes book, is widely regarded as an expert on presidential staffing and, in particular, on the role of White House chiefs of staff, about which he wrote in his 2017 tome “The Gatekeepers.”

The author told Politico that reporting the book “was tough” because Biden is surrounded by a cadre of longtime senior aides who generally are unwilling to share insider accounts.

“This is the most battened-down, disciplined, leak-proof White House in modern times,” he said.

Unlike former President Donald Trump — who regularly spoke to many authors, including giving journalist Bob Woodward 20 interviews — Biden as well as Harris would only answer written questions from Whipple.

Harris chose not to answer a written question from Whipple about the “turmoil and morale problems among your staff going back to your time as California attorney general,” Politico reported.

A series of accounts published last year described the vice president as a “bully” and a “soul-destroying” boss, with one former aide to Harris when she was Golden State AG recalling to Insider in the summer of 2021 that they felt “a sense of paranoia in that office, that you never knew when she was going to snap at you.” 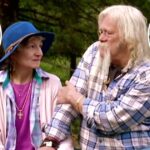 ‘Alaskan Bush People’ Couples: Who Is Still Together? 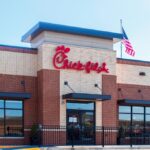