Jinger Duggar is continuing to show support for her sister-in-law Anna Duggar and her seven kids as Josh Duggar remains in prison.

“I am always here for Anna and the kids at any point that they would want to talk, or in any way I could help and love on them,” Jinger, 29, told People in an interview published on Wednesday, January 18.

The Counting On alum added, “I know that they’ve just been through so much and so I just always am here for them whenever they need help.”

The former TLC personality was originally sentenced to serve 12.5 years in prison in May 2022, though In Touch confirmed in July that his release date was changed to August 12, 2032. In light of the change, Josh will spend about 10 years behind bars.

“It’s so heartbreaking to see the decisions my brother Josh has made, and my heart breaks for the victims and their families and all that they’ve been through,” Jinger told the outlet. “I pray that Josh will genuinely change one day and come to know Christ for who he is and repent.”

After noting that she hasn’t spoken to her older brother in two years, she added, “I don’t have any desire to talk to him.”

After Josh was found guilty in 2021, Jinger publicly condemned him in a statement issued via Instagram.

The statement continued, “When a professing follower of Jesus is exposed as a hypocrite, the response of many will be to challenge the integrity of Jesus himself. They’ll question the legitimacy of a Savior whose so-called followers privately delight in the sins they publicly denounce. This is why the Apostle Paul told religious hypocrites that ‘the name of God is blasphemed among the Gentiles because of you’ (Romans 2:24). For Josh, we fear for his soul.”

“We are thankful to God for exposing Josh’s actions and to a legal system committed to protecting the innocent and punishing the guilty in this case,” the statement concluded. “We are grateful for justice. We are praying for further justice, vindication, protection, and healing for all those who have been wronged.” 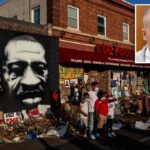 Court asked to void verdict against Chauvin in Floyd murder 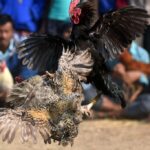