Looking back. Jinger Duggar is reflecting on growing up under religious beliefs with “a lot of cult-like tendencies.”

“Fear was a huge part of my childhood,” Jinger, 29, told People in an interview published on Wednesday, January 18. “I thought I had to wear only skirts and dresses to please God. Music with drums, places I went or the wrong friendships could all bring harm.”

Jim Bob Duggar and Michelle Duggar raised their 19 kids to follow the teachings of the Institute in Basic Life Principles. The controversial organization, which was founded by Bill Gothard in 1961, teaches followers to not participate in activities such as dancing and dating. Meanwhile, women are expected to be submissive to their husbands.

While the family was allowed to participate in some activities, including a game called broomball, Jinger admitted she felt “terrified” she was going against God by doing so. “I thought I could be killed in a car accident on the way because I didn’t know if God wanted me to stay home and read my Bible instead,” she told the outlet.

“[Bill’s] teachings, in a nutshell, are based on fear and superstition and leave you in a place where you feel like, ‘I don’t know what God expects of me,’” she continued. “The fear kept me crippled with anxiety. I was terrified of the outside world.”

The former Counting On star shared that her views of the religion began to change in 2017. “His teachings were so harmful, and I’m seeing more of the effects of that in the lives of my friends and people who grew up in that community with me,” she said.

Jinger eventually left IBLP. She still identifies as a Christian, though admits her understanding of faith has changed, and she no longer believes one man should have power over her faith.

The former reality star will break down her spiritual journey in her new book, Becoming Free Indeed, which will be available for purchase on Tuesday, January 31.

“The teaching I grew up under was harmful, it was damaging, and there are lasting effects,” Jinger said about why she wrote the book. “But I know other people are struggling and people who are still stuck. I want to share my story, and maybe it will help even just one person to be freed.”

After the book was announced, an insider exclusively told In Touch in November 2022 that Jim Bob, 57, and Michelle, 56, are “bracing themselves” ahead of the release.

“Jim Bob and Michelle aren’t thrilled by Jinger’s book coming out, but they are hoping for the best,” the source revealed at the time. “They’re not sure of all the topics she’ll cover, but they have prayed about it and hope that it’s honest, respectful and doesn’t dredge up too much of their family troubles.” 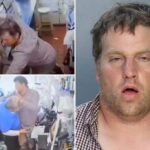 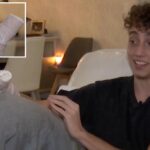