Vuolo, 28, “compares” the disgraced former reality TV star, 34, to IBLP’s founder, Bill Gothard, in her autobiography, according to Publisher’s Weekly. She describes how she was initially a devout follower but began to distance herself from the organization after Gothard, 88, was accused by more than 30 women of sexual assault in 2014. After an investigation, his behavior was deemed “inappropriate” but not “criminal,” according to Church Leaders.

Two years later, he resigned as IBLP’s president. Ten of the women who accused Gothard filed a lawsuit against him in 2016, which was dropped in 2018.

“I realized that some of what I had been taught was hurtful and untrue,” the former 19 Kids and Counting star wrote. “I knew I needed to speak publicly about this because I promoted teachings that I now believe are damaging.”

Vuolo additionally pointed out in her book that she was later introduced to a new worship by sister Jessa Seewald’s (née Duggar) husband, Ben Seewald.

“I noticed his church read the Bible in its entirety and preached scripture that way,” she added in her work. “I feel like now I’m in a much better place. I see God as amazing.”

Vuolo is not the first in her family to come forward with an opinion about Duggar, who was found guilty on one count of possessing child pornography and one count of receiving child pornography in December 2021. After originally being sentenced to 12.5 years behind bars, Duggar is now set to be released on August 12, 2032, serving just over 10 years in prison, In Touch confirmed. He is currently imprisoned at the Federal Correctional Facility (FCI) in Seagoville, Texas.

Amy King (née Duggar) has also openly expressed her disdain for Duggar on multiple occasions. In May, King, 36, exclusively spoke to In Touch about her feelings on her cousin.

“I honestly don’t think justice can be served a hundred percent for those victims,” she said. “But I do know — I’ve actually looked up some prison details lately ‘cause [I’m] just trying to get an idea of really what’s gonna be happening to him … And I would be very, very, very fearful if I were him.” 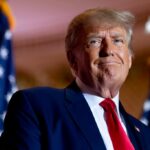 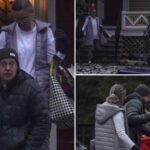