Becoming free indeed. Jinger Vuolo (née Duggar) had fans buzzing from the moment she announced her new memoir, Becoming Free Indeed: My Story of Disentangling Faith from Fear, in which she “recounts how she began to question the harmful ideology of her youth and learned to embrace true freedom in Christ.”

In the first chapter of the highly anticipated book, the Counting On alum slammed the “Free Jinger” movement – a thread on an online forum started by fans in 2005 in which they discussed their opinions on the family’s controversial beliefs – noting that while the movement’s name was amusing, she was offended that people wanted her to abandon her faith.

The Hope We Hold author went on to explain that while she doesn’t believe religion should dictate what someone eats or wears – the Duggar children had notoriously strict rules growing up, specifically, the women in the family were not allowed to wear pants – she argued that organized faith sets up building blocks for strong morals.

“I’ve come to see that unfettered freedom does not produce the good life. In the end, it often leads to more bondage. Why? Because it puts me in charge of my life, and I am not the best judge of what is best for me,” the Matchbox Coffee collaborator wrote. “If given limitless options and the responsibility of figuring out what is going to make me truly happy, I struggle to commit to anything.”

Jinger’s memoir also discusses the non-denominational religious organization, Institute in Basic Life Principles (IBLP), founded by Bill Gothard in 1961. In Becoming Free Indeed, the mom of two calls the minister’s teachings “wrong” and claims the religion in which she and her 18 siblings were raised encourages life “built on rules, not God’s Word.”

Additionally, Jinger shares how sister Jessa Seewald’s husband, Ben Seewald, encouraged her to learn about faith the way she wanted to.

“I noticed his church read the Bible in its entirety and preached scripture that way,” Jinger explained. “I feel like now I’m in a much better place. I see God as amazing.”

While some of the Duggar siblings have supported Jinger since she announced the release of Becoming Free Indeed, some family members haven’t been as eager for the contents of the book – particularly parents Jim Bob and Michelle Duggar, who are “bracing themselves” for its release.

“Jim Bob and Michelle aren’t thrilled by Jinger’s book coming out, but they are hoping for the best,” an insider exclusively told In Touch in November 2022. “They’re not sure of all the topics she’ll cover, but they have prayed about it and hope that it’s honest, respectful and doesn’t dredge up too much of their family troubles.”

Keep scrolling for the biggest revelations, quotes and more so far from Becoming Free Indeed, which hits bookshelves on January 31, 2023. 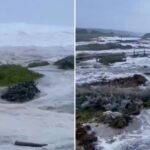 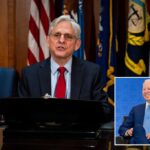