After news broke that Counting On alum Jinger Vuolo (née Duggar) is set to release a new memoir titled Becoming Free Indeed: My Story of Disentangling Faith From Fear, many questions were left unanswered. Keep scrolling for everything we know about Jinger’s upcoming autobiography, including its release date.

Who Is Jinger Duggar?

After the family’s show was canceled in July 2015, Jinger, along with sisters Jessa Seewald and Joy-Anna Forsyth and most of their large brood, documented their lives on the spinoff series, Counting On.

The sixth child of the famous family married former professional soccer player Jeremy Vuolo in November 2016. Shortly after tying the knot, the couple – who share daughters Felicity, born in July 2018, and Evangeline, born in November 2020 – relocated from her native Arkansas to Los Angeles, California.

What Is Jinger Duggar’s New Book About?

Becoming Free Indeed “recounts how [Jinger] began to question the harmful ideology of her youth and learned to embrace true freedom in Christ,” according to the book’s description on the publisher’s website.

Growing up, Jinger “was convinced that obeying the rules was the key to success and God’s favor.” Such rules included modesty guidelines which dictated how they dressed, avoiding “worldly” music and submitting to authority, among others.

While Jinger remains a Christ follower, she experienced an “earth-shaking realization” after studying the Bible “for the first time” as an adult.

“In her early twenties, a new family member—a brother-in-law who didn’t grow up in the same tight-knit conservative circle as Jinger—caused her to examine her beliefs,” the description continued. “He was committed to the Bible, but he didn’t believe many of the things Jinger had always assumed were true. His influence … caused Jinger to see that her life was built on rules, not God’s Word.”

“Much of what [Jinger] always believed about God [from her upbringing], obedience to His Word, and personal holiness,” are no longer in life with her beliefs today.

When Will Jinger Duggar’s Book Be Released?

Becoming Free Indeed: My Story of Disentangling Faith From Fear is set to be released on January 31, 2023. 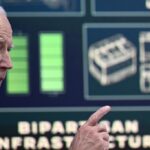 Majority of voters say Biden’s not paying attention to their concerns: Poll 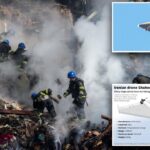 Iran troops move into Ukraine to help Russia with kamikaze drones, US says